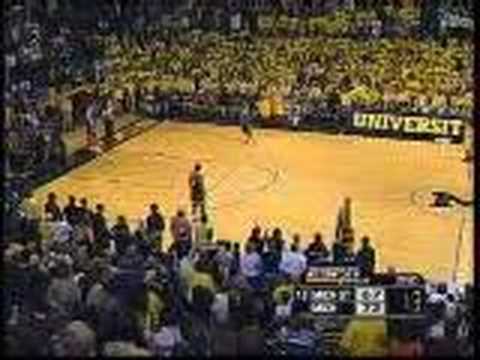 Post Game: We are what we thought we were. That’s the kind of loss I expected yesterday and it sure came. We got hot for about 5 minutes in the first half and hit those threes but other than that the shooting and defense was terrible. One aspect we have improved on is rebounding. Only got out rebounded by one (36-35) at MSU who is a very good rebounding team is impressive. Gibson probably had the best game for Michigan and he needs to keep getting better. DeShawn sums up the mental state of this team best I think:

“It’s been a long year and we have a ton of losses,” Sims said. “You learn something out of each loss and we are going to get all the losing out of the way now, because we’re going to be a special team one day.”

Pre-Game: I am going to say that I expect the same things I expected in the Wisconsin game this week. I am not convinced that the Wisconsin game wasn’t a fluke. Hopefully the game today is more like this than this. I think its safe to say that MSU will come to play tonight and try to blow Michigan out of the water with the big name recruits in the house.

Manny is going to have to come to play thats for sure, and I think he will. This is his first taste of the rivalry and I think he’s ready.

“I hear a lot of stories about the Izzone and how crazy it is, but I just look at it as an opportunity and fun,” Harris said before the Wolverines practiced Friday at Crisler Arena. “We haven’t really had a chance to shut a student section up at the end of a game, but we have a perfect opportunity to go there, win and leave them with some sad faces.”

The kid I worry about that we need tonight is DeShawn Sims. He is probably a little down after a 4-19 shooting effort at Wisconsin. He also struggled in other big time road games such as Georgetown. A good effort from Peedi and Manny is necessary to stay in this one.

Be sure to check out the Detroit News Big Ten Blog for some drama that only a Michigan versus Michigan State game could bring.

Some articles of note: