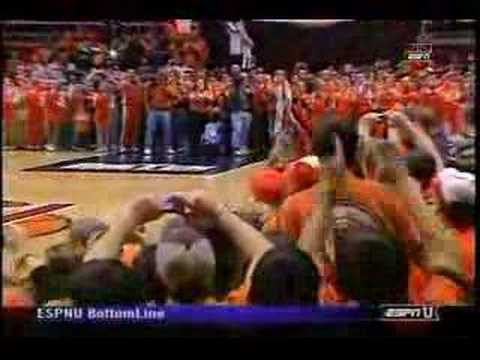 I really don’t know what to think about this game against Illinois. The optimist in me tells me we turned the corner and the realest in me tells me not so fast. At half time last week we looked like one of the worst football teams in the country before storming back against a top 10 (sorta) team. In a game like that there comes a time when you realize you hit rock bottom. You look to the left and right and say ‘this can’t get any worse, let’s just go play’. I believe whatever was said in that Michigan locker room at half time (however ridiculous it may have been) brought the kids together. They realized they played as awful as they were capable of in the first half and were only down 3 scores. Now we just have to see if they can carry that attitude and momentum into Saturday’s game.

I have written about 3 football games, and I have picked all of them wrong (which is why I blog about basketball). But hopefully that trend keeps up because I am going to pick Illinois 24 – Michigan 17.Â  I was pretty impressed with Illinois against PSU. They have proven that their offense can score the ball and if it wasn’t for Derrick Williams they might have won that game in Happy Valley. With Michigan I’m taking the wait and see approach, hopefully each game turns me into a little more of a believer.

On a side note, am I the only one who thought Illini fans crying during Chief Illiniwek’s last dance during the Ill/UM hoops game 2 years ago was pathetic?