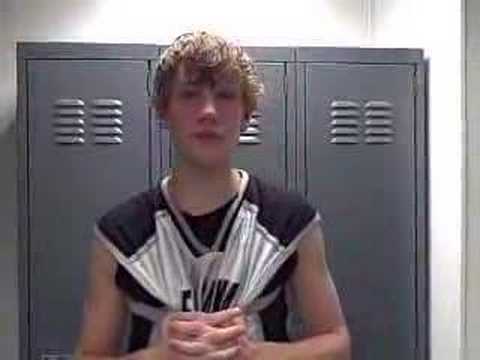 Matt Vogrich verbally committed to University of Michigan coach John Beilein tonight after his official visit this weekend. Vogrich is a 2009 shooting guard from Lake Forest, Illinois listed between 6’2″-6’4″ and 180 pounds. Vogrich is a lights out shooter from long range who rates highly at both Rivals (#131, #30 SG, 3 stars) and Scout (#100, #19 SG, 4 stars). Vogrich is the third commitment for Beilein in the class of 2009, joining point guard Darius Morris and big man Jordan Morgan (for those of you keeping score thats 2 top 150 commits).

Vogrich watched his stock soar this summer as his AAU team ran through competition losing only one game before heading to Vegas. Vogrich had plenty of high major offers including Notre Dame (thought to be the early favorite), UCLA, Stanford, and many others. This is another big recruiting win for Beilein and it is definitely encouraging to go head to head with other high majors and win a recruiting battle.

“I really love the Beilein family. He is a family oriented guy, and when he took me to his house to have dinner with his family I told him (that I wanted to commit),” Vogrich said. “His wife and kids were there, and the whole team was there too. After dinner he brought me aside and asked me how I felt. I told him I was coming to Michigan. He was really excited and he just stood up and shook my hand.”

In a series of two games in Las Vegas this July Matt hit 10 and 9 three pointers, respectively, totalling over 70 points in the two games.

A very savvy offensive player with an arsenal of moves, he is great at drawing contact with pump fakes and other moves and is money from the free throw line. On defense he is a hustler in every sense of the word, and he uses his long arms and athleticism to clog passing lanes and pick ball handler’s pockets. Vogrich is also a good rebounder for a kid his size.

And of course the GPA:

With options like that, this unassuming baller with a 4.7 (out of 5.0) GPA can’t go wrong.

Beilein is clearly assembling a crew of sharp shooters after taking Douglass, Novak, and Vogrich in the span of two classes. All three of these guys are between 6-3 and 6-5 and can shoot the rock. I think it is a safe bet that we won’t see another team that shoots the three point shot as poorly as last years team any time soon. It is also encouraging to see the recruiting momentum keep building, these last two weeks were huge visit weekends for the program and by all accounts they went very well.

I updated the scholarship breakdown but this leaves Michigan with one more scholarship for the 2009 class. The two main candidates are Angus Brandt and Will Barrett.

Brandt is a top 100 Australian center who played AAU ball with Vogrich and visited this weekend with him. Do they want to play college ball together? Let’s hope so. Angus would fill the desperate need for size on a roster that will have 4 big men (2 of them seniors) in 2009. Angus’ recruitment has come out of nowhere but high majors are calling and Michigan seems like they are a real contender after getting a visit this week.

Barrett (PF/SF) has been rumored to be close to a decision as well but seems torn between the Ivy League or Michigan. While he is not the level of player that Angus appears to be, Barrett would hopefully provide depth at the forward positions.

Looking ahead to 2010 I don’t think this changes anything right now. The big fish is still Nate Lubick who has an upcoming Georgetown visit but is definitely feeling the Maize and Blue. There are also other big names like Trey Zeigler, Russell Byrd, Alex Gauna, and many others in play for 2010. There will be two or three scholarships available (depending on the remaining 2009 ‘ship, and any early departures).

Here is a Vogrich video interview that I posted a couple days back which you might want to check out now:

Note: The hot board desperately needs updating, and I’ll get to it I swear. It’s time for a full fledged 2010 board and a refined 2009 one.