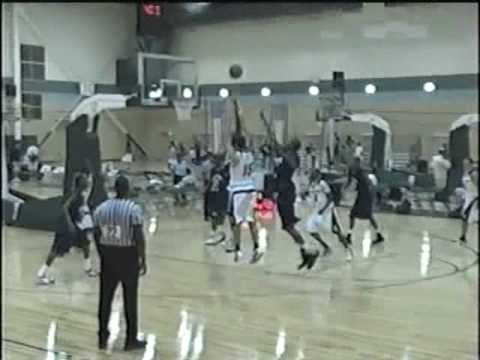 Per ChicagoHoops.com,  Josh Bartelstein is set to be a preferred walk-on next year at Michigan.

Bartelstein, who was personally recruited by Michigan head coach John Beilein, visited the campus in Ann Arbor this past weekend, and knew that is where he wanted to be. Beilein spent the entire day with Bartelstein, and personally escorted him around campus. Beilein is known for having great success with recruited walk-on’s as many have played prominent roles both at West Virginia and Michigan.

Bartelstein selected Michigan over a host of Division I offers including Wagner, San Diego, Elon, UIC, Detroit and Valparaiso.

Bartelstein led Phillips Exeter (who play in the same league as Blake McLimans, Evan Smotrycz, and Nate Lubick) in points and assists last year and appears to be a proficient shooter. It is clear that Beilein is trying to establish a very strong walk-on program. CJ Lee and Dave Merritt were contributors and he has already brought in a number of solid walk-ons including Eric Puls, Corey Person, and Eso Akunne. Last year he was also close to bringing in Northwestern big man David Curletti. These are kids that make the program better, even if they don’t contribute on the floor right away.

This is what NERR had to say on Josh’s play at Exeter last year:

He’s still flying a bit under the radar despite connecting on over 50% of his attempts from the three-point line.  That’s a pretty ridiculous number when you consider he was the opposing defense’s top priority virtually every night.  Bridgton Academy even played him with a box and one.  What many still don’t realize is that he can handle and pass extremely well too.

NERR also has a nice profile piece worth a look.

Bartelstein’s high school career took a turn for the worse when he broke his ankle during his sophomore year.

Tipped to become a starter as a sophomore in 2005-06, Bartelstein suffered a broken ankle in the third game and missed the entire campaign. He still has screws in his right foot.

He rebounded to become a role player at Highland Park during his junior year before finally coming into his own as a senior.

Bartelstein was outstanding last July when he led the Rising Stars Blue team to a Top 30 finish at the AAU National Tournament in Orlando, Florida. He continued that strong play during the high school season by sinking better than 50 three-point baskets.
Bartelstein was a 1st Team All-Conference selection, in addition to being named to the prestigious All-Pioneer Press Team, and also being named to the All-Tournament Team at both the Moline Thanksgiving Tournament, and the Elgin Holiday Tournament.

After a more successful senior season he decided to reclassify to the class of 2009 and complete a post-graduate year at Phillips Exeter in New Hampshire.

One other thing that’s worth a mention, his dad, Mark Bartelstein, is a successful NBA and NFL agent.