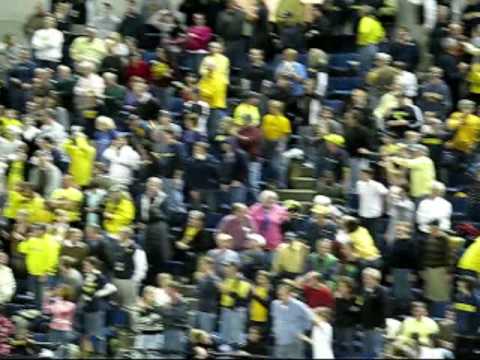 Credit goes to the commenters on this one, the UMHoops 2008-2009 Play of the Year Voting. There are ten nominees, I was originally going to keep out longer stretches but I threw them in there anyways. I guess this is more or less a “moment of the year” rather than a specific play.

The nominees are sorted in chronological order and you can vote at the bottom of the post.

Stu Douglass Steal and Over the Head Pass versus Purdue

Manny Harris “And One” versus Clemson