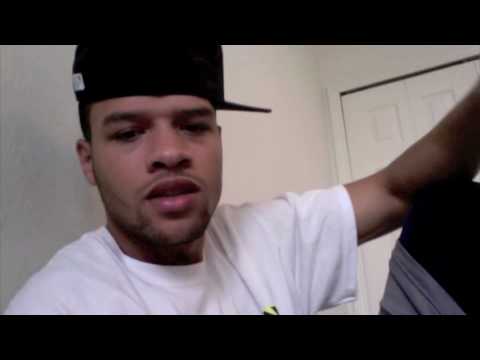 Evan Smotrycz Heads to the Bronx

Evan Smotrycz can play. Every time that Evan Smotrycz ends up at a premiere AAU event, he performs. Smotrycz took his talents to the Rumble in the Bronx over the weekend and NYCHoops.net was on hand:

The 6’9 point forward shoots the ball surprisingly well from long range for his size. He also displayed solid defense, an ability to attack the hoop and good passing skills. His size and versatility make him a threat at all times.

NYC Hoops calls him a point forward and even describes him as a back court player in the article. Smotrycz clearly isn’t going to be playing the guard spot in Beilein’s offense but his combination of size, skill, and shooting ability continues to paint him as a perfect fit in John Beilein’s offense.

We are quickly approaching camp week in Ann Arbor. Beilein’s camps have been a huge success and welcome change from the previous regime but a recent article about Minnesota’s lack of an “elite camp” raises some issues regarding hosting an “elite camp”.

The article mentions that there are no rules against inviting prospects to camp, but it is prohibited to host invitation only events. Michigan, Wisconsin, and Penn State are the only schools in the Big Ten that are hosting elite camps this year.

As chairman of the NCAA ethics committee, it is only natural that Beilein weighs in on the issue:

“We want to clear up what is the right way to deal with those issues,” Beilein said in a NCAA news article. “People can see how to exactly conduct their camps. They can develop the game in youth basketball without getting into the shadowy areas of recruiting.”

The article also sheds light on several other issues including staffing, paying high school or AAU coaches to speak at camps, as well as recent rule changes regarding middle school prospects.

The value of these elite camps cannot be understated and it will be interesting to see what, if any, changes are made to the rules governing summer camps.

The news out of East Lansing this weekend can be described as nothing less than tragic and heart breaking. 14-year-old Dorian Dawkins, son of Saginaw HS head coach Lou Dawkins, died after collapsing during a basketball game at the Izzo Shootout.

It is safe to say that the entire state of Michigan basketball community will have Dorian and the entire Dawkins family in their thoughts and prayers. I think Izzo hits the nail on the head with his comments:

“As a coach, and even more so, as a parent, I grieve, pray, and suffer with the Dawkins family and the many people in Saginaw and beyond who mourn the passing of a wonderful young man, Dorian Dawkins,” Izzo said in the release. “This tragedy calls us to come together to support Lou, Tish, and their family, and to celebrate the life of a beloved son, brother, and teammate.

“Athletic competition can sometimes divide people, and we in the arena of top-level athletics face constant challenges to focusing on the right priorities in life. The hours I spent last night with the Dawkins family have reminded me in a dramatic way that, like in coaching, the ‘basics’ are ultimately what it’s all about.”

David Merritt has been busy this summer while attempting to get his own apparel company off the ground. Merritt hasn’t released many details yet (not even the name) but he has released a YouTube video.

If you want to keep up with the project, I suggest following Dave on twitter.