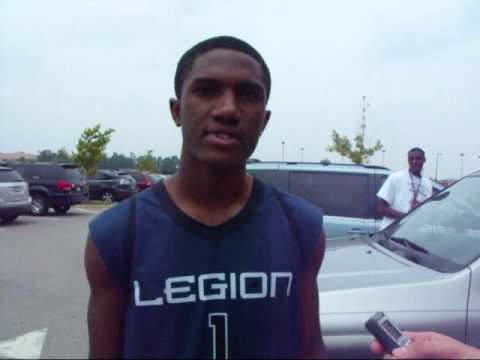 Casey Prather was named MVP at the River City Showdown AAU tournament. This tidbit from the championship game should be enough to make you drool.

With six minutes or so remaining in the River City Showdown 17 and under championship game the 6’5 rising senior crossed up his defender and flew to the bucket for a two handed devastatingly nasty flush.

The momentum seemed to be the spark to propel the Nashville Celtics past the Louisiana Future 84-77 and bring home the ‘ship from inaugural event.

Reading through TN Prep Hoops’ updates throughout the tournament, it seems like Prather routinely scored 20 points or so per game while carrying the Celtics. The mission is still to get Prather on campus and you can be sure that the Michigan staff is doing everything in their power to try to make that happen.

Full Court Preps caught up with 2011 point guard recruit Patrick Lucas-Perry for a nice video interview. PLP has visited Stanford and has plans to visit Wake Forest as well. PLP admits that Michigan has a little advantage because of his brother playing in Ann Arbor, he also mentions that he has offers from Michigan and Michigan State.

The times for the Big Ten/ACC Challenge have been announced. Michigan will take on Boston College on Wednesday, December 2nd at 7:30 PM on ESPN2. This appears to be good news all around. Michigan avoids ESPNU and they avoid a 9 P.M. tip off.