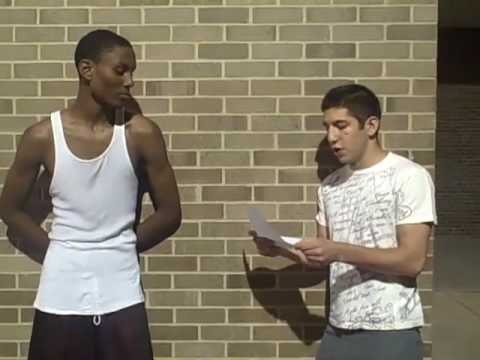 Fran Fraschilla is the latest Manny Harris fan. Fraschilla had the chance to work the Nike Skills Academies and listed Manny Harris as one of the three college players who impressed him.

Manny Harris at the Paul Pierce camp was very good. He has a very compact game that does not waste a lot of energy. He can shoot the ball obviously and that is a strength but has the quickness to get by you [opposing players].

This has been a successful summer for Manny and it seems like he is drawing the type of attention you would expect from scouts.

Carlton Brundidge tore up the 16-U Peach Jam bracket as he led the Family to a championship in Georgia. Brundidge is a scoring machine and once he gets going he scores points in a hurry. The only issue with Carlton is that he is a 6-foot-2 shooting guard more than a point guard. His abilities alone are too good to pass up, here’s ESPN:

2011 prospect Carlton Brundidge (Southfield, Mich.) slashed and shot his way to 27 big points in the U-16 final. Brundidge knifed through the defense to score on strong drives. He is a capable shooter from long range, but he is at his best punishing opponents on his way to the basket. When he gets a head of steam with the ball in his hands, the defense gets out of his way. He was able to get a lot done by sprinting the wing hard in transition. He plays with relentless energy and passion, and refuses to be denied when he wants to score — even gathering his own misses for putbacks. It is also important to point out that Brundidge continued to make plays on both ends of the floor even in a stretch during the first half when his shot was not falling. Jonathan Arledge is a 6-foot-9 220 pound big man from the Washington, D.C. area. Arledge has apparently played his way onto Michigan’s recruiting radar this summer. The 2010 big man has played so well over the last few weeks that he has apparently earned a Michigan offer:

The race to get involved with Jonathan Arledge continues to pick up steam. Fresh off his eye-opening performance at the Reebok Summer Classic, the 6-foot-9 PF/C from KIMA near DC has received offers from Penn State and Michigan. Georgetown and Providence have also been taking an interest.

A little Google stalking of Mr. Arledge yields an article from ESPN RISE Mag that details his explosion onto the recruiting scene. Here’s what Jonathan had to say in the article:

“I want to play forward in college. I think I have the skills to play there, instead of center, even though I’m 6-9,” Arledge told ESPNRISE.com. “I’m working on my dribbling, shooting and my perimeter defense. I think I have a good basketball IQ, but I’ve only been playing basketball for a few years, so I’m still learning parts of the game. But I feel like I have improved a lot the last couple of years.”

“Academics, the college’s graduation rate for basketball players, those are two things I’m looking at,” Arledge added. ‘I’m also looking at the team’s style of play, the coach, does the coach care about his players, stuff like that too.”

RecruitRecon.com recently saw Arledge in action at the Hoop Group Summer Classic in Jersey and they came away very impressed.

The lefty’s all around ability was evident early on in the contest.  Jonathan caught everyone’s attention when he jammed the ball home after a quick move on the interior.  That showed just how athletic and explosive he can be.  Shortly after that, he went outside and hit a three pointer.  He continued to dominate from everywhere on the floor.  Jonathan finished very well inside, including a couple more athletic dunks.  His hands are outstanding too.

Jonathan’s wing skills are what were really surprising.  In addition to the early three pointer, he hit another jumper from beyond the arc and two more from just inside it.  He can handle the ball too and even hit a runner in the lane.  He battled on the boards and cleared a number of rebounds as well.  Defensively, Jonathan flashed his athletic ability one more time as he blocked a shot.

The skilled big man who is headed to Worcester Academy continues to impress as well. RecrutingRecon got a chance to see him this week:

This skilled forward really impressed us.  Tyler is tough and looks to attack off the bounce.  He goes at the rim and isn’t afraid of contact.  On the interior, he hit a hook shot and crashed the boards and scored on several putbacks.  He can handle and had several excellent drives to the basket.  Tyler finished well with contact and that led to an old fashioned three point play on one occasion.  He stepped outside and nailed a three pointer as well, although he airballed another one from deep.  It was an outstanding day for Tyler though.

Sam Thompson is another new target who has apparently earned himself an offer ($). Thompson is a super-athletic 6-foot-7 class of 2011 wing forward from the Chicago area. Thompson plays AAU ball for the same Mac Irvin Fire club as recent Michigan commitment Tim Hardaway Jr (although they play in different age groups).

IllinoisHSBasketball.com recently profiled Thompson in a piece that will get you up to speed in a hurry. However Thompson is another guy who has taken his game to the next level in a hurry and his recruitment will undoubtedly heat up over the coming weeks and months.

Illinois Prep Bullseye reports that Thompson has made great strides in improving his shooting range and it has taken his game to a new level and also that Oregon State might be in the lead for Thompson’s services. The bad news for Michigan fans is that it appears that Michigan didn’t make the cut down to 14 teams according to a video update from Illinois HS Basketball: