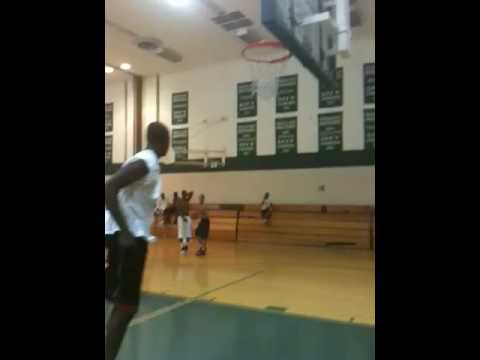 We know Tim Hardaway Jr. can shoot it but apparently he has a little bounce as well…

… OK, he’s not Brent Petway but it’s a nice dunk but he certainly looks like a capable athlete. Here’s another video as well (thanks to Illinois HS Basketball). Trey Zeigler has had a phenomenal summer and he kept it up at the NY2LA Summer Jam where he earned MVP honors. Here’s NY2LA’s scouting report:

Skilled and fundamental guard, Zeigler packs an extra punch around the rim, not afraid to elevate and finish over and through contact. His vertical dunks surprised and wowed those watching, and once again his ability to pass and finish in transition was among the very elite at the event. An active defender who understands the importance of playing both ends, Zeigler prefers to defend slashing athletes, and gets his own offense started by attacking the cup from the baseline. Co-M.V.P. of the 17u Platinum Division, Zeigler improved each game, and really picked up his scoring once bracket play began.

The scouting report on Zeigler is so consistent at this point that it’s clear whoever lands Zeigler will have an instant impact player. He is the perfect wing man in Beilein’s offense, a guy who can score the ball but also has tremendous basketball IQ and athleticism.

On the Road Again

After a little bit of down time, college coaches across the country are back on the road. Most eyes will be focused on Las Vegas where three of the premiere AAU tournaments in the country tip off tomorrow. Most of Michigan’s targets and commitments will be playing in Vegas as well. Evan Smotrycz (Mass Rivals) and Casey Prather (Nashville Celtics) will both be playing in the adidas  Super 64 while Team Detroit (Zeigler, McCallum, Kearney, etc.) will be playing in the RBK Summer Champships (team list).

The select AAU tournaments that are open to coaches this year are even more important because the NCAA reduced the number of live events. It’s a fun time for recruiting junkies and you can be sure that scouting reports and rumors will be spreading across the internet. As always, I’ll do my best to bring them together here. I’ll also be re-tweeting relevant bits that I come across on Twitter from those social-media savvy scouts out there.