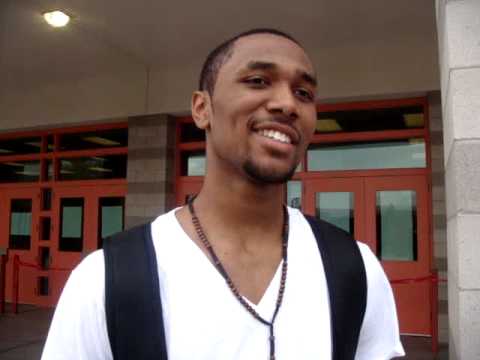 Trey Zeigler seems to impress anyone that sees him play and this weekend was no different. Rivals already thought highly of him, but after seeing him in Vegas they are even more impressed.

Maybe we just didn’t see at first, but it looks like Zeigler’s is adding to his game. Whether it’s an extra gear or an added dose of confidence, Zeigler is continuously impacting the game. He is now in five-star discussion.

Zeigler has been a priority for Michigan for a very long time, and that will continue to be the case. Max Preps jumped on the Zeigler bandwagon as well after they saw him score 25 points in a game versus the New York Panthers. There is no doubt that Trey can score the ball as well as the best in the country.

The next step for Trey appears clear, he wants to trim his list to five schools by the end of August. It would be great if Trey wants to decide in the Fall but it’s also very possible that he waits until the spring.

For a little more Zeigler video, there is a nice little adidas Promo with a couple very short clips. Memphis Roar caught up with Casey Prather for a video interview at a recent AAU tournament. Prather talks about his recruitment as well as his singing and dancing abilities.

Michael DeCourcy lists Prather as one to watch after seeing him play at the adidas Super 64 tournament this weekend in Vegas and mentions that roy Williams was there watching Prather. Here’s DeCourcy’s scouting report:

Prather is a solid ballhandler who effectively creates opportunities for himself. He tends to shoot the ball without arc, which causes him to be less accurate, but that could be corrected. Coaches from nearly a dozen schools would love to try: including Michigan, Clemson, Florida, Alabama and Vanderbilt.

Prather reportedly shot the ball with more confidence ($) over the weekend and with his length and athleticism, a consistent jumpshot would make him deadly. We all know that Beilein is one of the best shooting coaches in the country. I’m sure that has been a point of emphasis in his recruitment, his comments about skill development in the video interview are definitely encouraging.

Jody Demling thinks that Prather will turn a lot of his “big-time looks” into offers after his strong play this weekend.

Buy Spartans tickets and the San Antonio Spurs at AT&T Center, as well as Duke Blue Devils tickets, all at CTC!