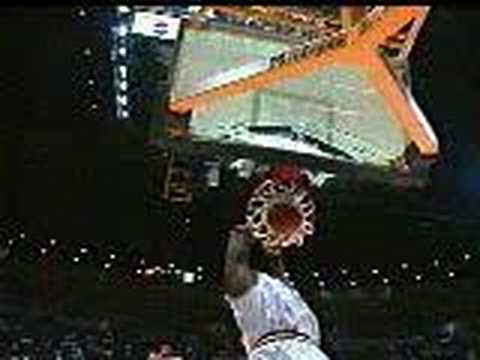 North Carolina recently landed a commitment from PJ Hairston, a top 20 wing forward in the class of 2011, and it appears that they may be slowing down their recruitment of Casey Prather. Speculation around NC circles, including this thread on Inside Carolina, makes it pretty clear that Casey has fallen off the UNC radar and is very unlikely to receive an offer. UNC is in a position where they can pick and choose who they offer out of the very best of the best, so this is definitely not a knock on Prather’s game.

This is definitely good news for Michigan and everyone else that is recruiting Prather. The list sans-UNC includes Kentucky, Florida, Memphis, Michigan, Clemson and Vanderbilt. The only other school that hasn’t offered at this point is Kentucky.

MGoBlue posted their next incoming freshman feature, this time it’s Josh Bartelstein. The article goes into detail about Bartelstein’s decision to attend U-M as a walk-on rather than take a scholarship at San Diego. CJ Lee and Dave Merritt were instrumental in this decision:

While on his recruiting trip, the Wolverine co-captains sat down with Bartelstein and talked to him about how they both decided to come back for a fifth year because they knew they would have a chance to contribute and bring Michigan back to the NCAA Tournament — a promise in which Merritt and Lee were able to deliver. That is when Bartelstein started to think.

Here is some fresh Bartelstein video from his time at Exeter from UMGoVideo.com.

Trey Zeigler helped the Team USA 2010 team to a championship with an 85-83 win at the adidas Nations tournament near Dallas, Texas. There are no stats from Zeigler listed for the championship game but he did score 16 points and grab four rebounds against the USA 2011 team earlier in the tournament. Ray McCallum is pictured from an earlier adidas Nations event but over the weekend he was at the Nike Global Challenge in Oregon.

Judging by my post last week, there is plenty of talent returning to the Big Ten. This recent Rivals article on the best X’s and O’s coaches in the game makes it clear that there is no need to worry about coaches not getting the most out of their talent. John Beilein is Jason King’s selection:

I’ll go with Michigan’s John Beilein. I can’t remember the last time I saw a bigger coaching mismatch than Beilein vs. Clemson’s Oliver Purnell in last season’s NCAA tournament. Michigan had two good players in Manny Harris and DeShawn Sims, but otherwise the Wolverines had no business hanging with a bigger, quicker and stronger Clemson team. Beilein, though, won the game by simply outcoaching his counterpart on the sideline. Clemson was confused and rarely got off a quality shot. The other thing I like about Beilein, and I realize this is off-topic, is that he runs his program the right way. There are always rumors about coaches cutting corners and bending the rules, but none of them ever involve Beilein — who has as good a reputation as anyone in the business.

Three of the four Rivals analysts selected a Big Ten coach as their #1 guy (Izzo, Ryan, and Beilein) and Matt Painter also received a mention. There is certainly no shortage of coaching talent in the conference.

Michael Rosenberg put together a great feature on Robert Traylor and the struggles that he’s gone through. The story isn’t necessarily new, it’s that familiar tragedy of the athlete who underachieved and will probably never make it back to the top.

Traylor is on a quest to make it back to the NBA, where he hasn’t played since 2005, and despite looking incredibly fit at 298 pounds I don’t think he’ll ever get the chance to play in the league again. He just has too much baggage to get back into the league at this point. It is still great to see that Traylor is making strides to get his life back together and realizes the mistakes he’s made.

The story profiles Traylor’s past, his struggles growing up dealing with his mother’s crack addiction, why he took money from Ed Martin (along with Mateen Cleaves), his money laundering charges, as well as the fateful night when Maurice Taylor’s Ford Explorer rolled on M-14.

Plenty of these topics are sore subjects with Michigan fans, and for some very good reasons, however it is hard not to have at least a little bit of sympathy for what Traylor has been through and personally I can’t not root for him.