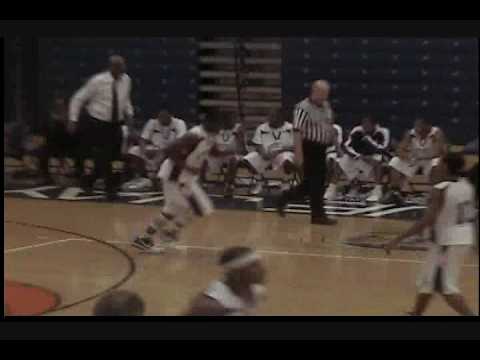 Class of 2011 6-foot guard Carlton Brundidge verbally committed to Michigan this morning. Brundidge is a scoring guard from Southfield, Michigan who has the size of a point guard with the game and mentality of a shooting guard. Michigan had long been considered the leader in Brundidge’s recruitment but he finally pulled the trigger early this morning.

Brundidge is Beilein’s first commitment of the class of 2011 and is a consensus top 100 recruit. Brundidge ranks 98th on Rivals, 68th on Scout and 33rd on ESPN. Carlton is one of the top juniors in the state of Michigan as well, ranking as high or higher as Tommie McCune, Patrick Lucas-Perry, Amir Williams, Brandan Kearney, and others. While some like Brandan Kearney may have more potential, it is hard to argue with Brundidge’s production.

Brundidge’s recruitment came down to Michigan, Michigan State, Miami, and Syracuse. Michigan probably had some advantage to begin thanks to family ties to U-M but this is definitely John Beilein’s first major in-state recruiting victory.

Despite his smaller stature, Brundidge has consistently produced throughout his highschool (Southfield) and AAU (The Family) careers. The highlight of Brundidge’s summer was the Peach Jam, where he led the Family to a championship.

That offensive game was on display in July at the Nike Peach Jam where Brundidge led The Family U-16 squad to the championship, beating the All-Ohio Red 16’s in the finale. Brundidge was nearly unstoppable in a semifinal win over Boo Williams with 36 points and he added 25 more in the finale. Brundidge is a power guard who thrives taking the ball to the hoop and creating for himself. His three point jump shot is streaky and a bit funky but he can score in bunches. He is a high energy guy who is often mentioned in scouting reports for being active on the glass despite his short height. He should be a solid complement to the array of shooters that Michigan will already have on the roster. ESPN had a chance to see Brundidge in action at the Peach Jam as well:

Brundadge slashed and shot his way to 27 big points in the 16U final at the Peach Jam. Brundadge knifed through the All-Ohio defense to score the basketball on strong drives. He is a capable shooter from long range, but he is at his best punishing opponents on his way to the basket. He shows relentless energy and has an intense competitiveness about him. He is at his best in the big games when his team needs a big shot or play. When he gets a head of steam with the ball in his hands, the defense gets out of his way, he was able to get a lot done by sprinting the wing hard in transition. He plays with relentless energy and passion, and refuses to be denied when he wants to score, even gathering his own misses for stickbacks. Brundadge continued to make plays on both ends of the floor even in a stretch during the first half when his shot was not falling. Sam Webb wrote a lengthy profile in the Detroit News last winter that detailed Carlton Brundidge’s early career and how he burst onto the radar. Brundidge “played up” with the older Family teams early in his career and he didn’t disappoint:

“I just remember they were playing a team called the Birmingham Storm,” Mr. Brundidge said. “(The Family) was down by 15 points in the second half and Carlton wasn’t playing. All of a sudden (Coach Walker) put him in and the team started coming back. We beat them. Coach Beilein was there and Coach Izzo was sitting there too.”

While Williams was the biggest factor on defense, it was Carlton Brundidge that got it done for The Family on the offensive end. The scoring dynamo proved once again that when he is in attack mode very few players can defend him. In the second half of the game alone, Brundidge was near 20 points and simply had moments of dominance.

Trey Zeigler and Casey Prather are obviously the priorities for the class of 2010 but in 2011 I think Michigan will look to land a big man. Some options for 2011 big guys include Brundidge’s AAU teammate Amir Williams, Marshall Plumlee, Justin Gant, or Trey McDonald. It is always possible that Zeigler and Prather both head other directions or someone else leaves the program which would of course open the door for two 2011 recruits.