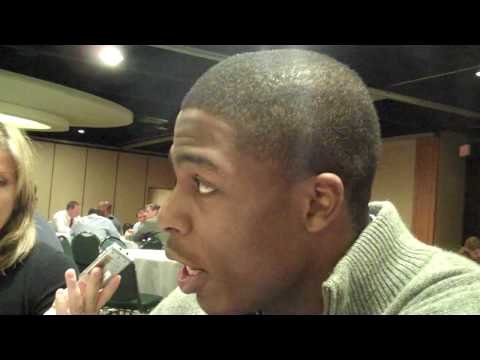 Friday – Andy Katz looks at Beilein’s preparation and his passion for breaking down film.

Friday – The Daily profiles DeShawn Sims and his newfound maturity.

3:17 PM – In his breakdown of the top 25, Mike DeCourcy lists Michigan as his overrated team.

2:51 PM – DeShawn Sims speaks about expectations and the NBA. Video from Mike Rothstein of AnnArbor.com:

12:39 PM – Manny Harris stopped for a quick interview with the Big Ten Network:

I’ll be retweeting updates throughout the day on my twitter page (@umhoops), you can also follow the hashtag #bbmd for more updates.