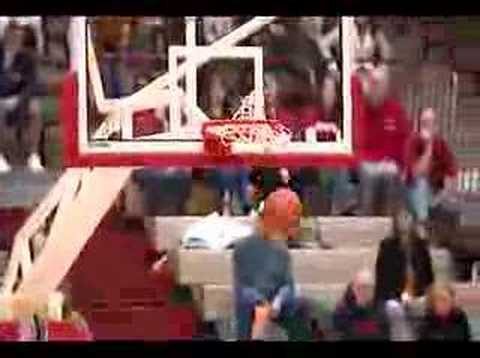 Tim has rebounded from a recent heel injury and has kept doing what he’s done all season: rack up points.  In a big win over Homestead, Hardaway Jr. tallied 27. Just last week he finished with 30 points, along with four 3-pointers, in a loss to Carol City.

Hardaway’s Palmetto team will face Coral Reef on Wednesday in the district semi-finals. Coral Reef features Alabama commitment Charles Hankerson. Hardaway and Hankerson are the leading scorers in the county.

As usual, check out Evan’s latest commit diary for updates straight from him.  Since that entry, New Hampton lost to Northfield Mount Hermon (you can watch highlights of them playing New Hampton here, but it doesn’t look pretty for Smotrycz’s squad).  Also, according to his school’s website, Smotrycz scored 13 points in a big win over Holderness on Friday. Not only does Trey Zeigler keep scoring, his team keeps winning.  Mount Pleasant is currently riding a nine-game win streak, its most recent victims being Bay City Central, which Zeigler torched for 28 points in a 72-55 win; Midland Dow, which Zeigler lit up for 33 points en route to a 67-49 win; and Saginaw High, which Mount Pleasant beat 56-53, thanks to 20 points, 12 rebounds, three assists and two blocks from Zeigler.

Mike Rothstein of Ann Arbor.com got to speak with Horford after the Jackson game, which you can read about here and watch highlights from here. It also appears that Alabama might be getting interested in the younger Horford.

Horford followed up his impressive performance against Jackson with a so-so game against Holt, scoring 18 points and grabbing seven boards.  In his most recent game, against Okemos, Horford had 17 points, including a buzzer-beater to win, 52-50.

Sykes is apparently still on Michigan’s radar after transferring from Finney to Detroit Denby.  Here’s a short feature on what he’s been doing since transferring, including a mention of Michigan checking out one of his games.

Since we haven’t done one of these for a while, we’re going to take you back to January 25th, when Brudnidge scored 12 points in a win over Rochester Adams while shooting just 12 shots.  He followed that meh performance with 27 points against Farmington in a close 64-63 loss.  In his most recent game, the scoring guard went to work. Brundidge and his new backcourt mate Desmond Barnes each scored 17 points and  Carlton also pulled down eight boards in a win against their rival, Southfield-Lathrup. The 6-10, 220-pound center has been out with a knee injury for what seems like forever, but he was supposed to make his return against national power Columbus Northern on Saturday according to the Detroit News.

Unfortunately, the game had to be postponed because of the massive snowstorm that hit Columbus a couple days ago. Instead of playing a game, Amir Williams made the trek over to Ann Arbor for the Wisconsin/Michigan game.

Williams should be making his return this Friday in Ann Arbor when Detroit Country Day takes on Pioneer.  We will be at the game and bringing back footage and a scouting report, so sit tight.

Turner continues to impress on a loaded team, dropping 10 points in a win against Franklin Central, which just so happened to be the 40th win in a row for his Bloomington South squad.  Since then, the Panthers have extended the streak to 42, most recently beating the aforementioned national power Columbus North 67-49.  I couldn’t get a point total for Turner for the game, but apparently he was under the weather so it probably wasn’t much.

Also, if you ever want to watch footage of Turner’s team, they have a ton of their games on YouTube.  here’s the link to a game against Southport, probably from last year, the rest should be listed beside it.

Going all the way back to January 15th, Gant had a nice game against West Vigo, scoring 19 points and grabbing six rebounds in the 63-39 win.  Gant also put on a show more recently against South Vigo, going for 24 and 14 in the win.  Here’s a video with two of Gant’s dunks from that game (as well as one from Washington’s Cody Zeller):

The top player in the country is coming off a nasty knee sprain, but still contributing: the St. Patrick star tallied 13 against Lawrenceville in a 69-49 win, then three days later scored 22 against Taft.  As far as where he stands with Michigan, there hasn’t been much news.

You already saw an impressive dunk from the 6-9, 200-pound junior, but he’s been lighting up the stat sheet as well as the local news highlights.  On January 29th against Boonville, Zeller scored a game-high 20 points, grabbed 12 rebounds and swatted five shots in a lopsided victory.

Yogi followed an unimpressive seven-point performance against Lapel on January 23rd with a strong 19-point showing against Cardinal Ritter three days later.  Tudor’s much-anticipated game against Brebeuf Jesuit was scheduled for last Friday but was postponed until yesterday.  This post will be updated when we learn anything about the game.

IrishIllustrated.com caught up with Yogi ($) and got an update on his recruitment. Ferrell has a pretty extensive list but Michigan has yet to offer.

Dunham finished a 74-53 win over Highland with 17 points on January 22nd, and followed up that performance with a 23-point night in a victory against Greenfield-Central.  Most recently, the sophomore scored 12 points in a win against Lapel.