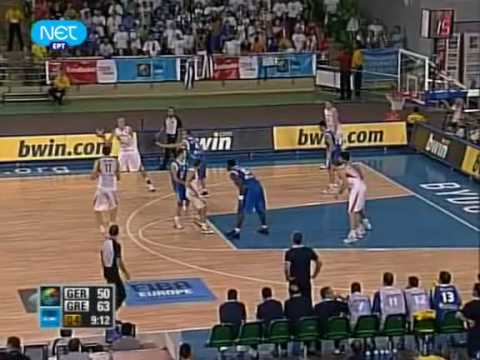 Ace Anbender, of The Wolverine Blog, asked me to do a Q&A about basketball recruiting and I realized that we really haven’t had a comprehensive “where things stand” sort of update in quite sometime. I convinced him that we should split the Q&A content up between both of our two sites and here’s the result. The first half is below and you can find the second half over at his site. First off, how do you see Michigan finishing off the class of 2010? If Michigan can’t land Trey Ziegler, are there other options on the board?

Trey Zeigler is the big fish in the pond. He’s been Michigan’s primary target for at least 2 years and that fact hasn’t changed. He is the complete package skill-wise and would be an instant impact contributor. He has the ability to play the two or the three in Beilein’s offense and is a complete scorer.

In regards to his recruitment, Zeigler has kept things very close to the vest for sometime. You can probably find another rumor every week that Zeigler is favoring <insert school here> but at this point it’s clear that he isn’t going to rush to a decision and hasn’t told anyone what he wants to do.

Playing for his dad at Central Michigan is a very real option. Michigan and UCLA have consistently been listed among his top options. Michigan State has made a push lately, but their scholarship situation is a little fuzzy. Duke entered the picture late, but seem an unlikely destination. Arizona, Oklahoma (official visit), and Providence are options as well. At this point, its a waiting game. Michigan is certainly a contender but who knows where Zeigler will end up.

Jon Horford is the only other 2010 recruit that has gotten much public attention. The 6-foot-9 big man has consistently mentioned Michigan as one of the leaders in his recruitment but it appears that he doesn’t yet have a Michigan offer. The reasoning behind this is a little unclear. Part of it might be waiting for Ben Cronin’s scholarship situation to clear itself up and part of it might just be further evaluation. Michigan doesn’t have any big men on next year’s roster who have played a minute of college basketball so I wouldn’t be surprised to see Horford end up in the class when all is said and done.

In terms of back-up plans there isn’t a lot that is publicly known. Michigan checked out Isaiah Sykes recently but that seems like an unlikely option. Does Beilein have his eyes on a sleeper recruit somewhere? Possibly but at this points it’s hard to know.

Would the potential departure of Manny Harris affect the 2010 class (i.e. would Michigan take on another recruit)?

Would Beilein potentially look to dip into Europe for another prospect?

This is an idea that I have seen thrown around. It makes sense because Beilein has looked across the pond for talent before. At West Virginia he brought in German forward Johannes Herber, who started every game in his West Virginia career and graduated with a 4.0 GPA.  A couple years back he tried to bring in Robin Benzing, a 6-foot-10 German wing but he came up one question short on the SAT.

If you were wondering, Benzing is playing well in the professional leagues in Germany and is a member of the senior German national team. His video might make you weep when you imagine him in a Michigan uniform but here’s some additional ESPN draft hype for you masochists. Even current Piston and Sweden native Jonas Jerebko was recruited by John Beilein.

Given Beilein’s track record and the need for talent, it wouldn’t be surprising to see him look to Europe once again. EuropeanProspects.com’s Christopher Ney gave me the names of two of the top German prospects that potentially could be looking to attend college in the States rather than sign professionally in Germany. The first is Dennis Ogbe, a 6-foot-5 forward (video here) who plays a bit bigger. Here’s a recent scouting report from EuropeanProspects:

The PF from Franken Hexer did a lot of dirty work in the paint which you may not recognize like setting screens, boxing out and playing strong defense. It was always his task to defend the best scorers of the North team and he did a good job there. Offensively, he emerged in the last quarter where he hit two big baseline shots in the money time, one was a tough 3 pointer from the corner with 1.2 seconds on the clock to force the overtime after having seen his previous drive rejected badly. Ogbe needs to progress in his ballhandling as he is only 1m97 tall which limits him to play the PF spot in the future.

The other name was Niels Giffey, a 6-foot-6 versatile forward who missed some time due to mononucleosis (video, #5 in yellow). EuroProspects says:

the forward from ALBA Berlin showed in Bonn that he is still one of the most talented players in Germany. He can do it all, rebound, score and win games…

His shot looks improved and he showed nice range throughout the game and can vary the outside-inside game pretty well. With his shooting improving, Giffey is on the right move and the long-time illness seems gone.

At this point these guys are nothing more than names to throw around. There are hundreds of players who might be interested in playing basketball in the states. I’ve got no idea if Beilein is even thinking about bringing in a European player but it’s hard to imagine he won’t take a look, especially as a backup plan. Beilein’s best chance to check some of these kids out might be the Albert Schweitzer Tournament (April 3-10, 2010), a huge youth tournament in Germany that takes includes sixteen different U18 national teams.

For more on Michigan basketball recruiting, check out the second half of the article at The Wolverine Blog.