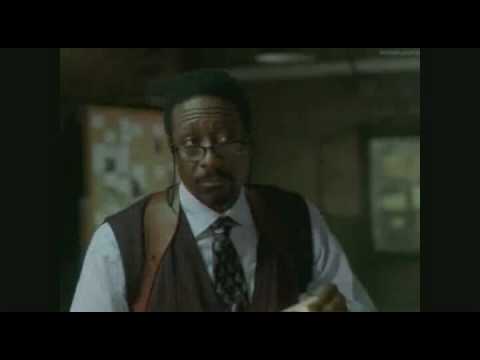 The first match-up between these two teams resulted in one of Michigan’s best victories of the season but even the most optimistic of Michigan fans would struggle to give the Wolverines a chance in Columbus this Saturday. Ohio State is 12-3 since their loss to Michigan and they’ve added some guy named Evan Turner back into their lineup.  Ohio State is in the thick of the Big Ten title race while Michigan is limping along, 3-7 in their last 10 games, and trying to play their way into the NIT.

Michigan won the first game thanks to a great performance from Manny Harris and DeShawn Sims. The duo played one of their best games together and combined to shoot 22 of 34 from the field for 52 points (more points than Michigan has scored in either of their last two games). The problem for Michigan is that Ohio State has Evan Turner back in the lineup. Turner is the front runner for National Player of the Year and the most complete player in the country. At 6-foot-7 Turner runs the point and leads the team in points, rebounds, assists, and steals. He also has a talented supporting cast:

At the macro team level, Ohio State is a statistical monster. Their adjusted efficiencies on both sides of the ball rank in Pomeroy’s top 20 and they are tied with Wisconsin and Purdue for the best efficiency margin in Big Ten play.

On defense, Ohio State is solid across the board and doesn’t have any glaring weaknesses. The weakest link appears to be allowing opponents to shoot a respectable 34.8% from three point range. With Ohio State’s length and athleticism it’s not surprising that they are a good defensive team. Since their loss at West Virginia, opponents are scoring only .94 points per trip. Michigan actually had the best offensive performance this year versus Ohio State scoring 1.17 points per trip with an eFG% of 61.5%.

The good news for Michigan is that they played not only one of their best games of the year in the first match-up, they played one of the best games that anyone has played versus Ohio State. The bad news is that Evan Turner is back, the game is in Columbus, and Michigan has looked absolutely awful offensively in their last two games.

Michigan made 21 of 41 (51%) threes in their last two road games compared to only 12 of 59 (20.3%) in their last two home games. Maybe there is something wrong with the rims in Crisler? The first key for Michigan is figure out a way to make shots. Judging by these Stu Douglass quotes, Michigan’s shooting woes are wreaking havoc in their own minds:

Shooting has become such a laborious process for this team and they are making it harder than it is. Because I just finished re-watching a few seasons of The Wire, I point you to this gem (language warning):

David Simon uses this scene as a metaphor for the bureaucracy and lack of leadership within the Baltimore Police Department that prevents anything from getting done. For Michigan, the leadership and communication issues are definitely relevant but, more directly, shooting has become something like pushing a desk through a doorway from both directions. Michigan’s shooters beating themselves up. They are certainly working hard but they definitely aren’t working smart.  It is time for Michigan to take a step back, look at what they are doing, regroup, and just play ball.

KenPom likes Ohio State by 12 and gives Michigan only a 9% chance at the victory. It’s tough to disagree when you look at how well Ohio State has been playing of late compared to Michigan’s poor play. I’ll take Ohio State, 70-56. Let’s hear your thoughts and predictions in the comments.