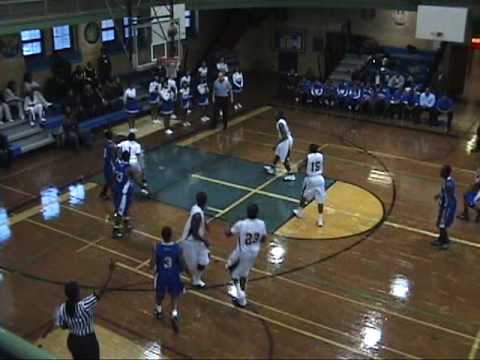 Here’s the latest recruiting roundup with updates on a number of Michigan basketball recruiting targets and commitments. As always, this is just an update of players with published stats that we can locate and not a listing of all Michigan recruiting targets. If you’ve got any tips or information, don’t hesitate to shoot us an e-mail. The shooting guard’s high school career is officially over. Hardaway Jr.’s Palmetto team was knocked out of the playoffs on the 23rd by Columbus. Tim scored a game-high 20 points, but was contained much of the second half by double-teaming him whenever he was near the 3-point line.

Smotrycz’ New Hampton team is gearing up for the NEPSAC playoffs this week. Check out our latest update with Smotrycz here. Zeigler’s Oilers beat Bay City Central for the second time this season, this time at their place by the score of 73-68 in overtime. Zeigler tallied 27 points and 10 rebounds, but fouled out in regulation. On the 27th Mt Pleasant defeated a very good Rockford team, video of which is below.

Zeigler racked up 19 points and five boards. He talked with Rivals ($) about the recruiting process on the 16th.

Despite 37 points from Eastern’s LaDontae Henton, Horford’s Grand Ledge team beat No. 4-ranked Lansing Eastern on the 22nd, 85-63. This was a big, big surprise. Eastern was without its star point guard, Charles “Cha Cha” Tucker, but still. Dylan and I watched these two teams play earlier in the year and the game was not close. Horford had 22 points in the victory. On the 26th, Grand Ledge beat Lansing Everett 66-65.

Horford is down to three schools: Michigan, Cal, and Providence. At this point only Providence has offered the big man a scholarship. John Beilein was in attendance to watch Horford play last week so there’s no doubt that Michigan remains extremely interested.

Horford plans to officially visit all three of his final schools and Providence appears to lead his recruitment (which makes sense as his only offer). Piotrowski, the latest big man on the Michigan radar, is a legit 7-foot-1 and attendance Lawrenceville Prep in New Jersey. Piotrowski had 8 points in a loss to China’s U19 team. he followed that up with 14 points in a loss to Blair. Piotrowski has the size and even hit a three point shot versus Blair so I’d say he’s one to watch right now. There’s also some video of Piotrowski on YouTube: One, two, and three.

Sykes continues to impress. He scored 16 in a loss to Country Day on the 24th and on the 27th he followed that up with 25 in a win over Detroit Henry Ford. The buzz around him is definitely growing, here’s a video of a nice put-back slam by Sykes against Kettering:

Also, Chris Balas of The Wolverine recently caught up ($) with Sykes for a quick interview. In case you missed it, a guest contributor provided some great video of Zeller’s game against Southridge. Check it out, it’s in HD and everything. The full game is also available on MGoVideo.

Zeller also had an impressive game in a loss to Evansville Memorial, scoring 20 points and grabbing 10 rebounds.

The big man continues to come back strong from that knee injury. He scored 19 in DCD’s win over Sykes and Detroit Denby on the 24th, then followed that up with 17 points in a victory over Saginaw Arthur Hill on the 27th.

Williams was also in attendance at Michigan’s thoroughly unimpressive game against Illinois.

Also, here’s a short highlight video ($) from Rivals. I can’t quite make out who it’s against, but it’s not any game we’ve already been to so check it out. DCD plays Flint Northern tomorrow.

Gant only had six points in a win over Lawrenceville North on the 26th, but was also featured on the local news throwing down a nice alley-oop.

Turner’s Bloomington South team reached an amazing 46 wins on a row after beating Decatur Central. Video of the game is here.

We left a few games from this month off of Javontae Hawkins’ first appearance on the roundup last week, so here’s what this month has looked like for the sophomore: way back on the 13th, Powers beat Lumen Christi and Hawkins scored eight; he scored 10 in a blowout of Davison, for which, as we mentioned last week, Izzo was in attendance; Against Flushing, Powers won 79-59, but Hawkins had little impact.

Dunham has had a great couple of games the past two weeks, leading all scorers in a win against Frankton with 21 points, and then following that up with 22 points to lead the Arabians past Fishers.

There is speculation that Ferrell is leaning toward Notre Dame but his Park Tudor team beat Indianapolis Cathedral 63-50 on the 23rd. F errell is averaging 22.5 points and 4.4 assists per game as a sophomore.