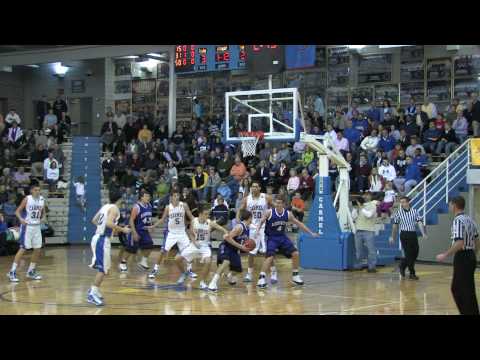 Here’s the latest update on Michigan basketball recruiting commitments and targets. Both of Michigan’s commitments, Hardaway and Smotrycz, have seen their high school seasons come to a close. However, that hasn’t kept John Beilein off the recruiting trail, the Michigan head coach recently checked out a pair of Indiana sophomores.

Note: This is not intended to be a complete list of players that Michigan is recruiting. Only players with published stats are listed. New Hampton fell to Winchendon, 74-66, on March 3rd. Smotrycz had 15 points but the loss knocked the Friars out of the playoffs and marks the end of his prep career.  FriarBasketball.net reports that Smotrycz struggled a bit after dominating Winchendon the last time around but they still love Smotrycz’ game.

We’ll have a couple updates with Smotrycz shortly. Zeigler’s Mount Pleasant team got a blow out win over Gaylord in which Zeigler scored 18. But the Oilers winning streak came to a halt in their season finale against Heritage. Zeigler had 24 points, 13 rebounds, 5 assists, 5 blocks, and 2 steals. in the loss.

Mt Pleasant beat Midland Dow 69-62 in their district opener. Zeigler had 34 points, 16 in the fourth quarter to go along with 9 rebounds and 3 steals. Zeigler was only 8 of 16 at the line. Next up, they will take on Midland at 7:30 PM on Wednesday.

Grand Ledge beat Jenison on the 2nd, thanks to a triple-double from Horford: 23 points, 18 boards, 11 blocks.

Bootleg.com spoke with Piotrowski way back in October. Piotrowski has the grades and the size but at this point he doesn’t have a lot of (any?) major offers. Michigan’s recruitment of him is more of a feeling out process right now. There are quite a few YouTube videos of Piotrowski out there if you want to check out the big man yourself. Sykes had 24 points while leading Denby to a big win over St. Mary’s. Denby takes on Cody Wednesday at 6:30 pm at Cody in the district semi-finals.

Brundidge scored 17 points in a loss to North Farmington on the 2nd. He actually got sick during the game, and North Farmington went on an 11-2 run while he was out before he came back in at the end of the third quarter. He certainly didn’t feel sick two days later taking on West Bloomfield — the junior scored 37 points in a comeback victory.

Southfield takes on Detroit Henry Ford in the district semifinals this Wednesday at 4:30 PM. Zeller is averaging 21 and 11 for the year. He scored 18 points in leading Washington to win over Vincennes Lincoln and securing his team a spot in the sectional finals. In the finals, Zeller had 13 in another Hatchet victory.

It’s been a lackluster couple of games for Williams. He was quiet in a win against Flint Northern on the 2nd, mostly because of two early fouls and because Northern took Country Day out of its run-and-gun style for most of the game. Country Day lost its regular-season finale to Romulus on a last-second shot, and Williams was held to just eight points.

Williams had 15 points in a 79-26 (!) win over Madison Heights Lamphere as district play got underway.

Blue Devils Insider is also reporting that Duke assistant Nate James stopped by DCD recently to get a look at Williams. Dylan introduced Crider last week and the 6-foot-6 junior is one of the first wing players that Michigan has offered in the class of 2011. Crider’s team beat Belmont 78-41. Crider didn’t practice all week before a Wayne win over Xenia but he managed to play and almost got a triple double with 12 points, 12 rebounds, and nine assists.

Wayne (20-2) will face St. Xavier in the district final, this Saturday (7pm) at UD Arena. That is as long as the games aren’t forfeited pending an investigation into the eligibility of two transfers on Wayne’s roster.

Gant’s Terre Haute North squad beat Plainfield on the 2nd. Gant racked up 18 points and eight rebounds in the victory. Unfortunately, Terre Haute was stunned in its opening semifinal game to Martinsville and were eliminated from sectionals early. Gant had seven points, 14 rebounds, three steals and three blocked shots in the loss. A nice feature on Christ school’s run of good teams in which the Plumlee family is featured prominently. Plumlee went on a serious recruiting road trip last week during his spring break. The big man visited Michigan for the Minnesota game but also made trips to Virginia, Wisconsin and Duke.

Turner had an 15 points and three assists in the Bloomington South’s win over Columbus East on the 5th, then followed that up with eight points against Columbus North in a victory.

John Beilein made the trip down to Indiana last week to check out a pair of Indiana sophomores – Gary Harris and AJ Hammons. Peegs has some recent video ($) of Harris.

Xavier was the first school to offer Harris and the sophomore recently made an unofficial to East Lansing to see Michigan State’s blowout win over Michigan.

The second Indiana sophomore that Beilein was in to see was AJ Hammons. The 6-foot-11 250 pounds center is one of the top sophomore big men in the country. Hammons is ranked 12th in ESPN’s Terrific 25 list of prospects in the class of 2012.

Peegs has video ($) of the game that Beilein was at but you can also see this game from January below. Hawkins didn’t score much in Powers’ victory over Fenton, but reportedly did all the “little things.” He followed that up with a 12-point performance in Powers’ shellacking of Gabriel Richard.

Most recently, Powers snuck buy Goodrich in a thrilling district win. Powers will take on Flint Southwestern on Wednesday at 6pm in the district semis. Here’s video from their 2 point win over Goodrich (Hawkins wears #0):

Dunham is leading Pendleton Heights with almost 18 points per game and he’s shooting 42 percent from 3-point range. Most recently, the Arabians beat Highland behind Dunham’s 17 points (the article includes a video, so check it out).  Unfortunately, Pendleton Heights lost its next game against Muncie Central. Dunham had just seven points on 3-13 shooting. Ferrell continues to impress. He scored a game-high 23 points in a win against Washington on the 2nd, including a stretch where he scored 13 of his team’s 16 points. The sophomore followed that performance with a 32-point explosion in a victory over Cardinal Ritter on the 5th. As if that wasn’t enough, just last night he poured in 27 to lead his team past Heritage Christian.