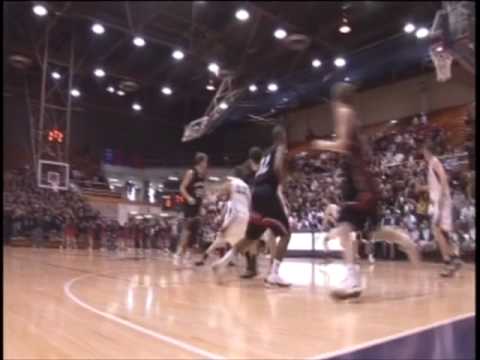 John Beilein was on the road again on Saturday, this time venturing to the Hoosier State to check out a pair of Indiana semi-states. Beilein watched Washington’s 2011 big man Cody Zeller in the early afternoon before heading over to see 2012 point guard Kevin “Yogi” Ferrell in the evening. Both players guided their teams to State Championship berths with great performances. Josh “MaizeNBlue2” Houchin was also on hand to record video of Yogi Ferrell in action.

First off, Yogi Ferrell was spectacular. The lightning quick 5-foot-11 guard did it all in Park Tudor’s 4OT win over Forest Park. Ferrell finished with a game high 26 points on 10 of 15 shooting.

Ferrell scored the ball at will in the first half and notched 19 of his points in the first stanza. He took the ball to the hole, came off screens, hit pull-up jumpshots, scored in transition — he did it all. Eventually Forest Park was forced to defend him with a box and one and sometimes a triangle and two, trying their best to deny him from even touching the ball.

The second half was a different story. Forest Park attempted to take the air out of the ball and just run the clock. Because they were focusing their defense on Ferrell, his scoring production declined pretty significantly. He did begin to look for his teammates a little more often and found them open for a number of good looks.

Despite missing a potential game winner in the first and third overtimes, Ferrell made two game changing plays in the overtime sessions. The first was a driving double clutch layup that he willed into the basket after getting fouled which tied the game (3:11 mark of the video). The second was his game winning shot with 5.4 seconds remaining in the fourth overtime. Here’s Josh’s video:

There’s a lot to love about Ferrell’s game. At 5-foot-11 he isn’t tall but he has game breaking speed and loves the ball in his hands. I think he showed great poise for a sophomore and he has led Park Tudor from 4-8 to the Indiana state championship. Ferrell has visited Ann Arbor unofficially (for Notre Dame game) and also attended Elite camp in Ann Arbor. With his visits to Ann Arbor and the fact that Beilein has watched him twice in the last two weeks, I think it’s safe to say he’s at the top of Michigan’s 2012 recruiting board. Washington big man Cody Zeller is another player that Beilein was watching for the second time in the last month or so. Zeller didn’t have his biggest performance on Saturday but it was good enough to help his team advance to the State Championship.

The 6-foot-11, 205 pound, post prospect finished with 14 points, 12 rebounds and six blocks in the 57-38 win over #1 Danville. Most of Zeller’s scoring production came in the first half when he scored 10 points including three “and ones”.

Zeller was matched up against a stronger player, Purdue commitment Travis Carroll, for stretches of the game and that was a tough test for the skinnier Zeller.

Indiana Hoops was at the game and posted this scouting report on Zeller:

Zeller had an up and down game today. He looked great in the first half, scoring 10 points, but struggled in the second … Zeller finished plays after contact, but struggled to convert from the free throw line, shooting just 3-8. He showed nice shooting range, knocking down his lone 3 point field goal attempt. Defensively, Zeller did a nice job and recorded 3 blocked shots. Zeller needs to add strength to his frame as he struggled at times guarding Carroll in the paint. Zeller rebounded the ball well, but struggled to control rebounds as many smaller opponents were able to tie him up for jump balls. He also passed the ball well and did not take any bad shots. All in all, Zeller had an "alright" game but could have done better. The main reason for his second half struggle was that Carroll switched and guarded him in the second half.

Zeller recently updated the IndyStar with information about his recruitment. The 6-foot-11 junior stated that he plans to take all five official visits and will probably decide “some time during his senior year”. Zeller has offers from Butler, Florida, Indiana, Iowa, Notre Dame, Ohio State and Purdue among many others.