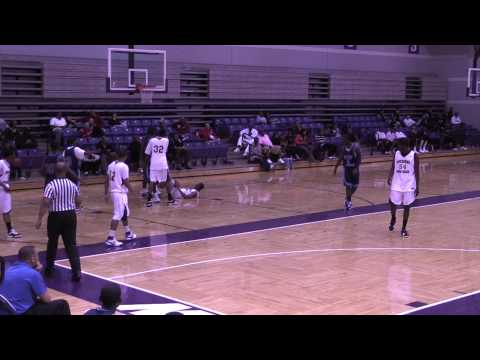 Trey McDonald (2011 center, 6’9, Battle Creek Central) has high major coaches keeping an eye on him this spring and with a strong summer he could begin to start pulling in some high major offers. We had the chance to watch his Michigan Mustang squad face off against a loaded D-One Sports team that featured top 5 recruit Quincy Miller and budding point guard prospect Anthony Fields (also on the Michigan radar with video coming soon).