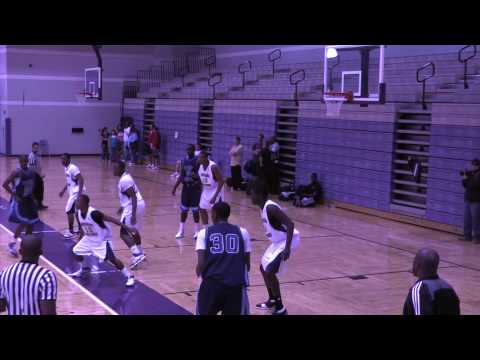 Anthony Fields is a jet quick point guard in the class of 2011 from Quality Education Academy in North Carolina. He is also a Michigan native and has been opening some eyes early on this spring. He’s currently claiming interest from Temple, Dayton, Michigan, Arizona, and Purdue but doesn’t appear to have any big offers on the table. We had the chance to see Fields in action versus the Michigan Mustangs and Joe recorded some video: