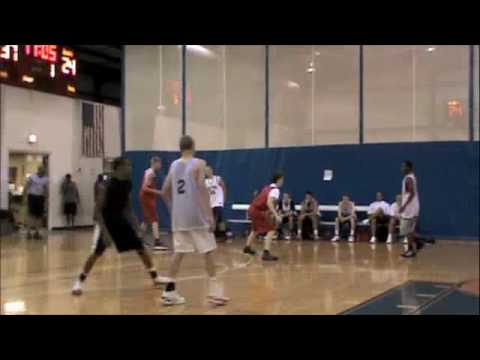 Yesterday was a huge week for 2012 prospects and Joe did a great job of catching up with a number of them over the week. We were able to confirm that Gary Harris, Yogi Ferrell, JaVontae Hakwins, and Matt Costello all received offers on June 15th. Here’s a run-down of all of Joe’s updates from last week:

The Indy Hoops Blog also posted some recent video of Yogi Ferrell in action at some sort of summer league:

Michigan’s Elite and Team Camps are scheduled for this weekend. The Elite camp is scheduled for Thursday (24th) with Team Camp following on the 25th and 26th. A number of Michigan prospects are obviously expected to be in attendance. Here’s an early list that we’ve put together of kids that are expected at camp on Thursday:

These are some of the expected players but this list is obviously scheduled to change and we will be doing our best to add to it over the course of the week. If this year is similar to previous years under Beilein, Elite Camp will also be one of the first chances we have to see the freshmen in action. Dave Telep’s annual top 100 camp is one of the best in the business and this year was no different. A number of Michigan targets were in action including commitment Carlton Brundidge, Amir Williams, and Marshall Plumlee.

The most interesting buzz for Michigan fans surrounds Marshall Plumlee. The news surrounding Plumlee isn’t encouraging. While Duke interest in Plumlee appeared lukewarm early on in Marshall’s recruitment, it’s clear that they’ve taken things to another level. Rivals’ ACC recruiting editor, Clint Jackson, tweeted over the weekend that Plumlee to Duke “might be happening soon”.

Jody Demling reported that Plumlee is likely to “just pick a school” at this point and Michigan didn’t receive a mention in Demling’s update (although Plumlee won’t give an official “list”).

Plumlee also did a lengthy interview ($) with the Duke scout website and made it clear that, yes, Duke has upped the ante in his recruitment. Plumlee and Zeller were also featured in the USAToday.

Besides the media buzz, Plumlee had a decent camp as well. He was measured at 6-foot-11.5 with a 6-foot-9 wingspan and was also named as one of the camp’s five workout warriors. If Duke is indeed ratcheting up their pursuit of Plumlee it will obviously be a tough situation for the Wolverines. Duke is coming off of a national championship and Marshall would have the opportunity to play with his two brothers, Mason and Miles.

The Izzo Shootout also took place this weekend with a number of Michigan targets in action. SpartanMag mentions that Matt Costello and Trey McDonald both performed well ($). Austin Burgett, Jordan Hare, Denzel Valentine, and JaVontae Hawkins were among some other big 2012 names expected to participate.

You can see video of Hawkins in action with Team Detroit in the finals at the Michigan Memorial Classic here. Hawkins played very well at the tournament, as Team Detroit cruised to the championship.: