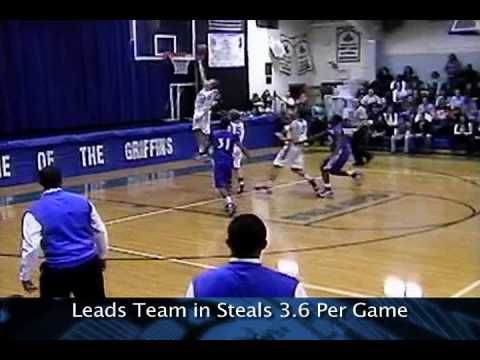 I was able to make it to Elite Camp to watch a good amount of high-profile Michigan recruits.  There were 2011-2013 players, and they were all playing together.  The camp was at Crisler Arena, and you can see who attended here.  Here are some of the players I saw, and what I thought of how they played.

Matt Costello (2012, F) Matt played well from what I saw, though I didn’t see him all that much.  From what I could tell he played great defense and grabbed every rebound in sight, but for him that’s kind of a given.  He’s definitely a motor guy.  I was hoping he would show off some of his (I think) underrated post moves and his one-on-one scoring ability.  Didn’t see much of that.  I know he has it in him from this AAU season, and he’s extremely valuable as a garbage guy, but he has the ability to go one-on-one in the post with anybody at this camp.

Markus Crider (2011, W) Crider continues to disappoint me.  I hate to be hard on him, but I keep hearing he’s a legitimate prospect, but I just don’t see him.  This is only the second time I’ve seen him, to be fair.  It just seems like it’s impossible for him to score in the flow of a game, and he’s not good enough offensively to run an offense through him.  He’s easily frustrated, and when he’s not making shots he just keeps forcing them up.  He did rebound well.

Denzel Valentine (2012, W) Denzel played like he had something to prove, which in a way he does.  All I ever hear from anybody about him is that he’s not that athletic, which is true.  But the guy can just play.  He creates his own shot, he gets to the basket with surprising regularity, and he’s a great finisher.  If we’re looking at pure skill, I believe he’s the most skilled 2012 player I’ve seen, and definitely the most skilled at camp.  He doesn’t overwhelm you, but he will get his points.

Javontae Hawkins (2012, G) Other than making a few more shots, Javontae couldn’t have played better.  He got to the basket easily and showed himself to be one of the best athletes at camp.  He’s also one of the best finishers.  His shot isn’t quite there yet, but right now he doesn’t need it.  I’ve seen him fill it up before, but I was surprised at how great his defense was.  He was intense and had active hands all camp.  Really impressive showing for him.

Sean Grennan (2011, G, old video) Grennan is reportedly close to earning an offer and he played like he played like it.  This was my first time watching the New Jersey native and I really liked his game.  He had immense confidence in his shot and he’s already an expert at creating space in order to get it off.  He also made good decisions with the ball, showing off a few nice passes.  Very good showing for him.

Michael Ramey (2012, G) Ramey is a strong, physical guard who can shoot.  He played on the team with Valentine and Crider that won the 3-on-3 tournament and knocked down a ton of outside shots.

Austin Angel (2012, G) Austin is a pure shooting guard.  He was very confident in his shot and took it whenever he was open.  He knocked a bunch down and looked like he had a smooth stroke.

Anton Wilson (2012, G) Anton is a long, tall, lanky guard who can handle the ball and take it to the rack.  I was a little disappointed with his play because I felt like he let frustration about not getting the ball cloud his judgment on a few plays.  He settled for jumpshots too often.  But it’s clear he’s a very, very talented prospect.

Glenn Robinson III (2012, F) The son of the Big Dawg himself played well.  He was tough under the basket and his mobility was great.  Very athletic.

Sean Sheldon (2012, F) Sheldon had a good day at camp.  He’s athletic and moves very well for a guy his size.  He had a couple really impressive blocks and was always running the floor.  He plays strong in the post.

Rakeem Boldak (2012, G) Good combo guard from Chicago who stood out for me mainly because of his toughness.  He played great defense on a number of really good players, pestered them all day.  Has a smooth stroke as well.

Be sure to follow along tomorrow as I’ll be at Team Camp throughout the day.  Check back for an update after that as well.