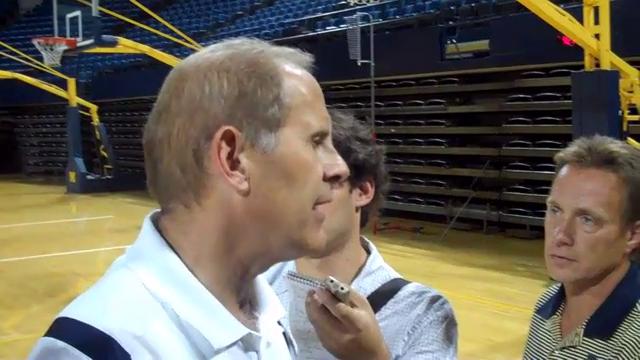 Michigan held their last open practice yesterday afternoon before heading for Europe this morning.  We’ve already posted a bunch of videos from the practice but here are not only John Beilein’s thoughts but some of my own impressions as well.

First, here’s what John Beilein had to say after practice:

Finally here are some of my thoughts after watching Michigan practice three times over the last couple of weeks before they head for Europe:

I think individually, a lot of players have made huge strides.  Specifically Hardaway Jr., McLimans, Smotrycz, and Horford.  As a team, it will be a struggle in Europe because despite these practices, all of the guys are still feeling each other out and figuring out how to play with each other.  The shorter shot clock will be a huge factor, as will the youth and inexperience of Michigan’s roster.  Overall, this is a great learning experience for the team and I’m confident these practices will prove invaluable come this season.