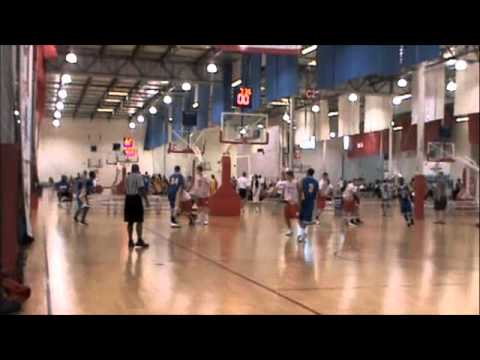 Sherron Dorsey-Walker is 6-foot-4 wing guard out of Detroit Pershing who has been steadily rising up the recruiting charts, landing at number 74 in Rivals’ 2012 top 100. He played for the R.E.A.C.H. Legends this summer and really impressed. Michigan has been recruiting Dorsey-Walker heavily of late and could be on the verge of offering him a scholarship. Most recently they hosted hosted him for a visit. Here’s what Sherron had to say:

Describe your game. I’m a good shooter, I like getting my teammates involved and riving to the hole when it’s open.

What offers do you have so far? Baylor, Indiana, Dayton, Drake, Western Michigan, Central Michigan, Oakland and Fairview.

What has Michigan been telling you regarding an offer? They said they were real close to offering me. They just wanted to know if I was really interested in them first. They’re supposed to be at the gym on Thursday for my open run. Coach Beilein and coach Bacari are supposed to come.

If Michigan were to offer you, where would they stand? They’d be one of the top programs.

Any timeframe for commitment? No, not really. I could just commit any time.

Have you visited Michigan? Yes, I did. I think it was their first official practice, the day before they went to Europe.

What did you do? I watched them practice, talked to coach Beilein, talked to Lavall Jordan, Jeff Meyer and Bacari, talked to all the coaches and stuff.

What did you think? They were playing hard. Good runs, good practice.

How’d AAU go this summer? It went well. We won a team championship at Kentucky and in L.A. we finished in the championship round.

What did you think of the new coaches? They’re cool. I knew Bacari when he was at Western, though.

What do you like about Michigan? Style of play, the relationship the coaches have with the players. They’ve got a well-designed program.

How do you think you would fit into Michigan’s offense? I’d do whatever they want me to do. I see myself fitting in well. I’d probably play the two.

Anything your focused on improving about your game right now? Just being more vocal on the court.

Any player people compare you to? Some say Brandon Roy or Kevin Durant sometimes.