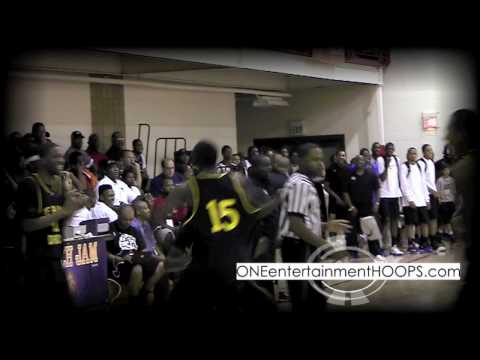 Dom Pointer continues to edge along in his recruitment as the November signing day nears. Most recently, according to a feature story from Sam Webb, Pointer has trimmed his list to just Michigan and St. Johns.

"West Virginia was out when we got back (from the official visit)," Nolan [Pointer’s father] reported. "It is down to St. John’s and Michigan, but we think Michigan is on their game. They are going all out for this kid.”

Pointer still plans to visit Ann Arbor this weekend before making his decision sometime before the November signing day.

"I made sure Michigan was last," Nolan said proudly. "After our last visit we’ll come back and it will be over (soon). What makes (the Michigan visit) so good for that day is (Beilein) is planning on all the recruits being there. It is the homecoming day where all the teams get together and it is the first day of practice. That was (Pointer’s) whole concern — getting to know the players. After that visit is when we’ll take 24 to 48 hours and make a decision."

The feature story in the Detroit News is definitely worth a full read. It’s not a done deal by any means, but most consider Michigan to be in a strong position for Pointer’s services. This weekend’s visit will obviously be important as Pointer plans to decide shortly after. There will be plenty to keep Pointer entertained this weekend, including the first weekend of practice and the Iowa football game. Michigan commitments Trey Burke and Pointer’s AAU teammate Carlton Brundidge also both plan to take their official visits this weekend.

In other news, it appears that Amir Williams has scheduled his final three official visits. Williams will take officials on Oct 29-30, Nov 5-6, and Nov 12-13, according to a report by Bob Baptist. The schedule is not confirmed but most expect Purdue on the 29th, Michigan on 5th, and Ohio State on the 12th.

The early signing period for the class of 2011 begins on November 10th.