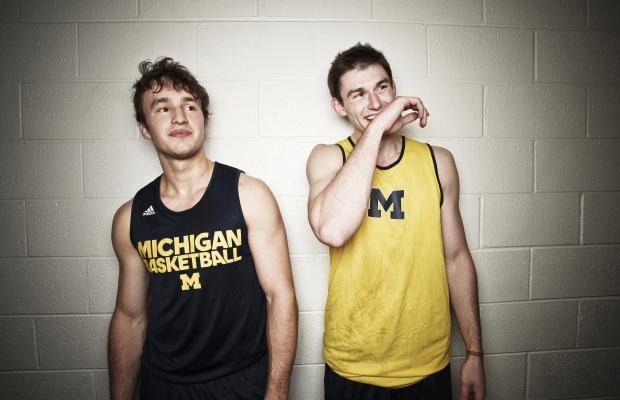 DeShawn Sims has reportedly disappeared from Greece, according to this report from The Hoop.

Up to this minute, Deshawn Sims(2.03-PF) is gone from his house in Thessaloniki, Greece. The player didn’t go to the practice session this morning and when the team’s manager visited the house that the team rented for him he wasn’t there. All of his stuff was missing. The only things that were there were his sport uniforms and his shoes.

The latest update comes from basketnet.gr, and the team’s manager says that PAOK will play against Aris next weekend without Sims and it’s next to impossible to find a replacement within the next 3 days. Even Sims’ agent doesn’t seem to know where he is. Sims played 2 games for PAOK in the Greek league averaging 13 points and 4.5 rebounds.

My first thought is that hopefully Peedi is ‘ok’ and lands on his feet. It’s generally a very tough transition to for new college graduates to start playing basketball overseas. That transition could certainly play a part, but Sims’ league is also in the midst of a labor dispute and it’s also the anniversary of his brother’s murder, which took place four years ago today. Sims tweeted “”Going back to where I belong!” around 8 am today. Novak was profiled by NWI.com about the upcoming season:

“I remember my freshman year someone kept complaining to the refs about what I was doing,” Novak said, shaking his head. “I said: ‘Bro, I’m like 6-2. What are you complaining about? You should score on me every time. What’s going on?'”

Between the hyperbole about bruises, toughness, and the Big Ten, Novak also discusses the shift to the two position, his replacements at the four, and how to exploit opposing defenses when someone rolls their ankle at the other end of the floor — fast break baby!

The Michigan Daily also posted a number of features for their season preview. First, Chantel Jennings proides more Indiana love with a profile of Stu Douglass and Zack Novak. Next up, Luke Pasch put together a piece on Blake McLimans.