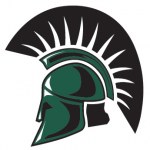 And we’re off. No more Belgian clubs, closed scrimmages, or exhibition games. This one counts. The competition isn’t all too tough, but with a team that expects to start one junior, one sophomore, and three freshmen, an easier start is probably for the best.

South Carolina Upstate is in just their fourth year as a Division I program and plays in the Atlantic Sun Conference. They’ve yet to post a double digit win total since their move do D-1 and totaled just six wins in the 2009-10 season. Despite last year’s struggles, Pomeroy predicts that the Spartans will be worse this year.

USC Upstate returns two starters and several other players from last year’s rotation. They also have nine freshmen listed on the roster. Mezie Uzochukwu and Josh Chavis both averaged around 8 points per game last season and will likely comprise the core of the Spartan attack. Chavis (37.9% on 140 3pa) poses a formidable threat from three point range. 6-foot-5 215lb Mezie Uzochukwu is an interior player and the team’s best returning rebounder.

With the graduation of 7-foot-3 260 pound Nick Schneiders, it’s very likely that USC Upstate will be significant worse at  most of the things that they did very well last year, namely defending two point attempts and blocking shots. Schneiders was not just the team’s leading scorer and rebounder, he was also one of the top 10 shot blockers in the country. In terms of weaknesses, last year’s USC Upstate team had an incredibly difficult time taking care of the ball. They had the ball stolen on a Division I worst 14% of their possessions and turned it over one in every four trips down the court.

It should be one of the two or three easiest games on Michigan’s entire schedule but it’s also tough to know what to expect out of such a young team. This is the first time the lights are on for a majority of this roster. This is a game that Michigan should handle and, with USC Upstate’s propensity to turn the ball over, I wouldn’t be surprised to see Michigan experiment with the 1-3-1 zone.

Pomeroy predicts a 68-52 win for Michigan in a 63 possession game but he has yet to be correct on a score prediction yet. In this case I don’t think he’s far off, I’ll take Michigan 70, USC Upstate 52 and go with these as my three predictions of the game: