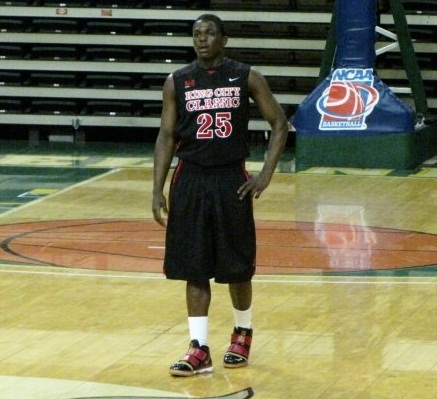 The wait is over, Carlton Brundidge is officially a Michigan Wolverine. Brundidge faxed his letter of intent to the Michigan basketball offices this morning, making his commitment official. Here’s Brundidge’s statement on his signing and explanation of the delay (per Detroit Free Press):

“It means a lot,” Brundidge told the Free Press. “My sister went to the school, and I like going to a program that’s improving. I want to build up Michigan. I want to be the person who helps build it up.”

He said when his father got home during the weekend, they discussed the letter, made certain it was the right decision and moved forward.

“He said, ‘Carlton, are you ready to do this?’ I said, ‘Yeah, I was waiting for you,’” Brundidge recalled.

“Carlton is a physically strong, attacking combo guard that will add toughness and offensive punch to our lineup,” said Beilein. “He is a leader and a winner that loves to compete. We love the fact that we have added another outstanding in-state player to our program, and value the loyalty Carlton has demonstrated throughout his recruiting process. We are thrilled with his decision to become a Michigan Wolverine.”

In other news, Detroit Country Day big man Amir Williams has narrowed his list to Florida and Ohio State and will announce his college decision Wednesday afternoon. Michigan will very likely continue to evaluate prospects in the class of 2011 but, unless something very intriguing comes up, they will likely bank the one remaining scholarship for the class of 2012. (Scholarship Breakdown)