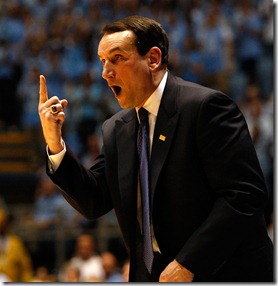 The Big Ten finally notched their first Big Ten/ACC Challenge win last year season and now will try to make it two in a row. The majority of the media have been touting the Big Ten as the nation’s best conference and at this point it’s hard to debate. Talented and experienced players line the rosters of the top two thirds of the conference. By the end of the week, one conference will have that feather in their cap come Bubble season in February and March.

Interestingly enough, the Big Ten has already knocked off three ACC teams this year: North Carolina (Minnesota), Maryland (Illinois), and Boston College (Wisconsin). Unfortunately, these games don’t count in the challenge and we’ll start with a 0-0 scorecard. Here are our projections of how the games will play out:

This game has the potential to be one of the most lopsided games of the entire competition. Minnesota has played extremely well early on, with wins over North Carolina and West Virginia, while Virginia has already dropped three games with their best win coming over an Oklahoma squad that lost to Chaminade.

Gophers that Big Ten fans are familiar with, including Blake Hoffarber, Ralph Sampson III, and Al Nolen, have all been playing very well early on. However the difference maker has been athletic four man Trevor Mbakwe. The athletic four man is averaging 14 points and 9 rebounds for the Gophers.

The only bad news for Minnesota is that they are dealing with a handful of injuries and suspensions. Athletic wing man Rodney Williams is doubtful with an ankle injury and Nolen is out with a foot injury. Sophomore DeVoe Joseph, who has been suspended this entire season, may make his return on Monday evening.

This might be the worst game of the Challenge. Both teams are picked to finish near the bottom of their respective conferences and have done nothing to raise expectations early on. Wake Forest has lost to Stetson, VCU, Winthrop while Iowa has already lost to South Dakota St., Xavier, and Long Beach St. Sophomores Ari Stewart and CJ Harris along freshmen Travis McKie and JT Terrell lead the Deacons while Eric May and freshman Zack McCae lead the Hawkeyes. The new-look Hawkeyes want to run and Wake Forest, one of the fastest teams in the country, will give them every opportunity. In a game that pairs two struggling teams, I’ll go with the home team to take the victory.

These two teams couldn’t play a more different style of basketball. Northwestern looks to slow the game down, run their three point happy Princeton offense, and try to force turnovers with their 1-3-1 zone. Georgia Tech likes to play an uptempo game and doesn’t have much three point shooting ability, preferring to score inside. Northwestern hasn’t been challenged much this season but they have the experience and talent to win this game at home.

In one of the more high profile games of the event, Ohio State will take on a Florida State squad expected to finish in the upper tier of the ACC. Ohio State is easily one of the top five most talented teams in the country. They have the guards – Will Buford, David Lighty, and Aaron Craft – and they have the bigs – Jared Sullinger and Dallas Lauderdale. Ohio State handled their last trip to the Sunshine State, a 93-75 win over Florida, with surprising ease and should be confident and collected headed to Tallahassee. 6-foot-9 junior forward Chris Singleton, averaging 17 points and 11 rebounds per game, will lead Florida State, who is coming off a close home loss to Florida.

New Clemson head coach Brad Brownell has had a relatively smooth start to the season. The Tigers finished third in the Paradise Jam, losing only to Old Dominion, the tournament champs. Michigan fans remembering the Wolverines game versus Clemson in the 2009 NCAA Tournament will want to recalibrate their expectations, as Brownell coaches a completely different style of play than former head coach Oliver Purnell. Clemson is certainly balanced, as six players average over 9 points per game. Michigan fans might remember Demontez Stitt, Tanner Smith, and Andre Young as the trio combined to score 11 points in that NCAA tournament game. Stu Douglass and Zack Novak are the only current Michigan players that were involved. Clemson has the talent to win this game at home.

Despite high expectations, the Tar Heels have struggled out of the gates with early losses to Minnesota and Vanderbilt. Pre-season all-American freshman Harrison Barnes has struggled early on, shooting just 35% from the field. Tyler Zeller (15ppg) and John Henson (10 ppg) provide the bulk of the scoring for the Heels, who are playing 10 players at least 10 minutes per game. Illinois’ best performance might have been their overtime loss to Texas but it’s clear that the Illini are playing quality basketball. With last year’s entire starting line up back, Illinois also adds 6-foot-8 freshman wing forward Jereme Richmond to the mix, adding another level of versatility to their offense.

The average Pomeroy ranking of Indiana’s first six opponents is 243rd, so take their 6-0 record with a grain of salt. Boston College has been inconsistent – losing to Yale – but they’ve also knocked off Texas A&M and California in early season play. While we might not know which version of Steve Donahue’s Eagles we’ll see, we have even less of an idea of how Indiana will react to a) their first road game and b) their first game versus a high-major foe. Boston College senior forward Joe Trapani has yet to find his shot this year but should provide an intriguing match-up versus Indiana’s Christian Watford, who is averaging 17 points per game. Indiana guards Maurice Creek and Verdell Jones will have to find a way to slow down Reggie Jackson, who averages 18 points per game. I’ll go with Boston College, who’s playing at home and has already been tested this year.

Wisconsin has taken a pair of tough losses early on this year but both were to seemingly solid teams, UNLV and Notre Dame. Wisconsin is dominant in the Kohl Center and North Carolina State’s youth spells problems — three of the Wolfpack’s top four scorers are freshmen. Wisconsin has played four of the first six games away from home and will welcome the friendly confines of their home arena.

The Robbie Hummel-less Boilermaker offense finally ran off the tracks versus Richmond and they will have to regroup before they head down to Blacksburg. Virginia Tech has lost to a pair of very good teams, Kansas State and UNLV, but they did manage to knock off Oklahoma St. With a pair of great defenses going head to head, points to come at a premium, the team that wins the turnover battle should have the upper hand. I’ll take Virginia Tech over a Purdue team that has yet to prove that they can score enough points to win without Hummel in the lineup. Malcolm Delaney versus E’Twaun Moore could be one of the most exciting head-to-head match-ups in the entire tournament but Purdue will look to take advantage of JaJuan Johnson in the post.

Flip a coin in this one. Maryland has the more talented roster, which is led by Jordan Williams, averaging 17 points and 12 rebounds per game, and Cliff Tucker, 14 points per game. However, Penn State is playing at home and have Talor Battle, a player that Big Ten fans know better than to underestimate. Penn State has won their last three Challenge match-ups, something no other Big Ten team has done, so maybe they know something the rest of the conference doesn’t.

This is undoubtedly the feature game of the Challenge. You have a pair of teams from last year’s Final Four, ranked preseason 1 & 2, at Cameron Indoor. It doesn’t get much bigger than that. Michigan State got off to a slow start in Maui but escaped the island with a win over a very good Washington club. Duke has looked unstoppable, as they usually do in November. This Duke team returns Kyle Singler and Nolan Smith from last year’s squad but freshman point guard Kyrie Irving might be the best player on the Devils’ roster. The core group of Spartans remains unchanged with Kalin Lucas, Durrell Summers, and perhaps the most complete player in the country, Draymond Green.

As always, the chase to six wins will come down to a couple swing games. The Big Ten should get out to a 1-0 start on Monday with a Minnesota victory. However, Wednesday will really set the tone. The Big Ten needs at least three victories Tuesday, with so many winnable games on the docket, but four is possible and would put the conference in great shape. Wednesday is the ACC’s chance at a come back as there are four winnable games for the conference: Duke, Maryland, Virginia Tech, and Boston College. The good news for the Big Ten is that there aren’t many match-ups that look impossible. Duke is the best team in the country but they face the Big Ten’s best in Michigan State. If the Big Ten pulls off a couple upsets early on, it wouldn’t be surprising to see them runaway with the Challenge, even winning 8 or 9 games.