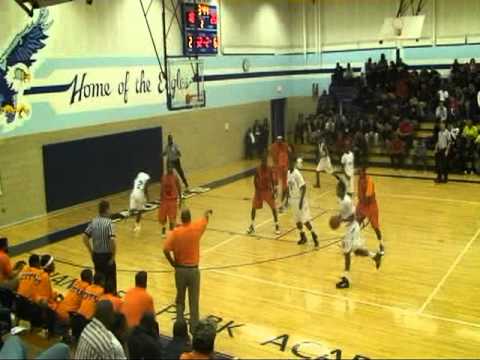 Derrick Walton is a point guard in the class of 2013 from Chandler Park Academy in Detroit. From his ESPN profile:

Derrick is a talented and skilled scoring point guard. He has great natural scoring ability and is very confident. He is a very good slasher that is able to penetrate at will. He is very good off the dribble and can create for himself and others. Derrick has a solid mid range game and has a good pull up jumper. He has range on his shot to 19 feet. He has some explosion on the offensive end and you can see he will be a force on that end of the court. Walton is a decent defender at this point with a chance to really improve with his length and athletic ability.

Walton has visited Michigan a few times and his recruitment is just now picking up. I caught up with Derrick earlier today and here’s what he had to say:

Who’s been recruiting you? Michigan, Michigan State, Connecticut, Stanford, Purdue, Central Michigan, U of D and a few other mid-majors.

Have you visited Michigan? Yes.  I came down for a football game and I came to see a basketball game but I can’t remember who they played against. I loved the facilities and I loved that they’re rebuilding.  I want to go to a school with top-of-the-line facilities.

Which coach has been primarily recruiting you for Michigan? Coach Bacari.

Have you met the rest of the staff? I’ve met coach Meyer, and I kind of talked to coach Beilein a little bit, but that’s about it.

Any visits planned for any other schools in the near future? Not of the top of my head, but I’m sure I’ll be planning some visits to other schools soon.

Anything specifically you’re focused on improving about your game? Consistency is the big thing right now.

What players have people compared you to? A few Baron Davis comparisons, a little Chris Paul and a little Rondo for the all-around game.

What ultimately goes into your decision? Me personally and my family, the education part is big in my family. And I want to go to a team that wins.