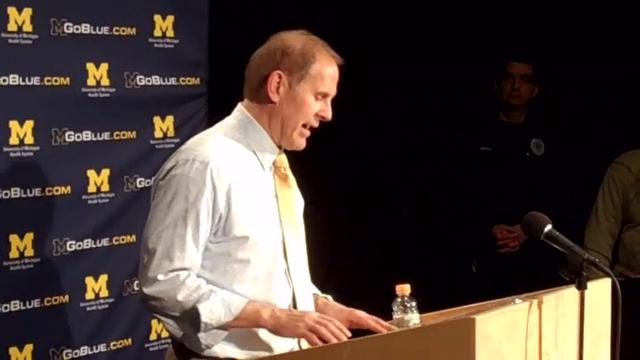 Here’s John Beilein talking to the media in his post-game press conference immediately following his team’s 75-64 win over Utah.

As usual, check out the post-game video of Darius, Tim and Jon talking about the game. Notes and quotes from Beilein’s presser after the jump.