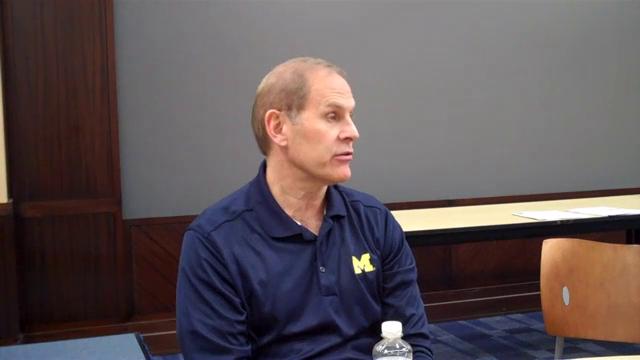 John Beilein had a chance to talk with the media before Saturday’s game against the Oakland Grizzlies.  New backdrop this time as that press conference was held in the Junge Center and not the production studio. Notes and quotes are after the jump.