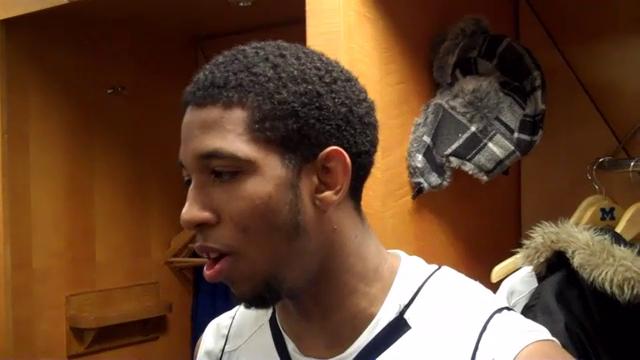 Check out some post-game video of Darius Morris, Tim Hardaway Jr. and Zack Novak discussing Michigan’s 87-71 victory over Bryant at Crisler Arena. Former Wolverine and current Cleveland Cavalier Manny Harris was also in the building and we have quotes from him after the videos.


Here are some notes and quotes from Manny Harris, who briefly spoke with some media after the game.