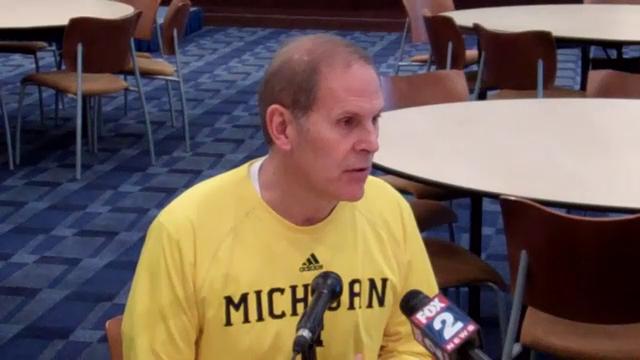 Here’s video of John Beilein discussing Michigan’s upcoming game with 3rd-ranked Kansas on Sunday and a little bit on the loss at Wisconsin on Wednesday:

Notes and quotes are after the jump.