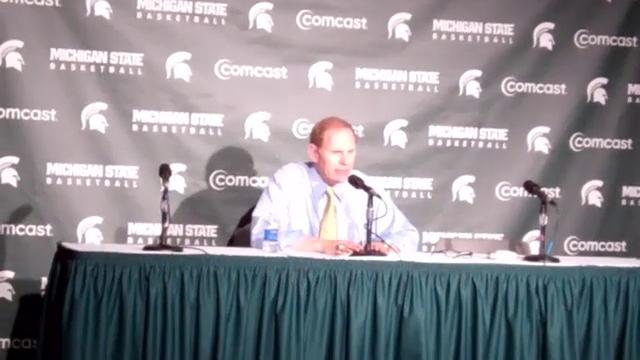 Here’s post-game video of John Beilein after his team’s 61-57 over No. 25 Michigan State. Sorry about the shaky camera handling, had to ask for and hold a mike to ask questions. Notes and quotes are after the jump.