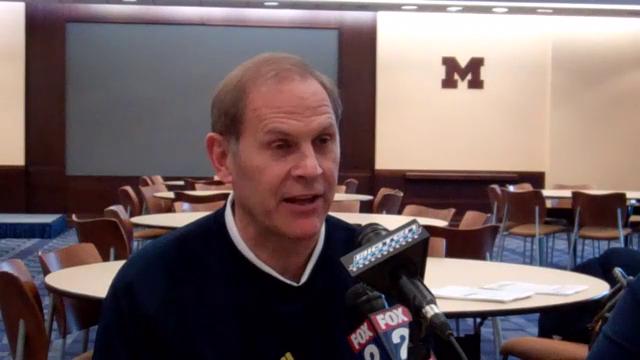 Some video of John Beilein speaking with the media today about last night’s big win over Michigan State and his team’s upcoming game against Iowa. Notes and quotes after the jump.