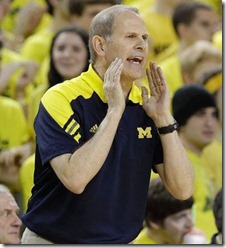 Apparently I bought the "moody" edition of the Mino HD FlipCam, because mine decided to lock up just in time for John Beilein’s post-game press conference. Here are notes and quotes, more detailed than usual.