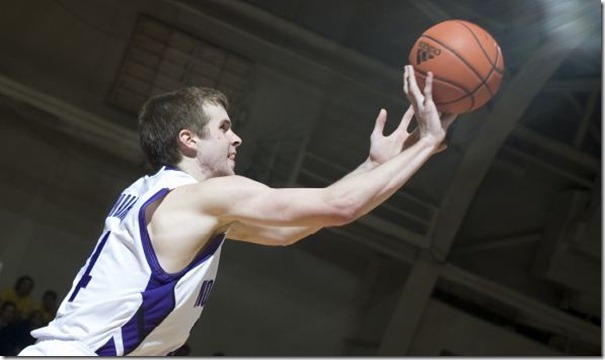 John Templon does a great job of covering all of Chicago’s college basketball teams for Chicago Now. The Northwestern expert agreed to answer a couple questions for us about Michigan’s upcoming game against the Wildcats. I also answered a couple questions which will be going up in his neck of the woods.

Last time around, Michigan saw the good Northwestern — nearly perfect offensive basketball that featured 10 made threes, no turnovers, an array of backcuts for easy layups. It was just about rock bottom for Michigan. I look at the standings and see Northwestern is just 4-7 in conference play, what’s happening in those losses?

Well, a lot of it had to do with schedule. Until Michigan State’s collapse none of those seven losses were "bad" losses. Mostly the Wildcats have had trouble defending against teams that can shoot the ball well. Wisconsin and Illinois torched Northwestern. The concussion John Shurna suffered hurt against both Minnesota and Ohio State. This team is good, but until upsetting Illinois on Saturday it really didn’t have an impressive victory. When the offense works it looks great, as you saw last time. It’s just that the Wildcats have to play defense too and that seems to be really hard.

I can’t quite figure out Juice Thompson. When he’s hitting threes he’s nearly unstoppable but other times it feels like he’s shooting the team out of the game? How would you rate the senior floor general’s senior season?

There is only one game, at Minnesota, that I thought Thompson really forced things. He scored 18 points, but it was on 5-16 shooting and most of the points came late in garbage time. He also disappeared against Wisconsin, but in general he’s the one Northwestern player you can always expect to show up. Other than that, Thompson does everything you’d hope a senior point guard to do. He has one of the best assist rates in the nation and averages 4.6 assists per game, he’s played almost 90% of the team’s minutes this season, and he’s got an excellent offensive rating.

Thompson shoots a lot because he’s a good shooter. At 38.9 percent from three this season he’s the team’s second best three-point shooter behind John Shurna’s ridiculous 51.6 percent. Most of the shots Thompson gets are in rhythm in the offense, particularly in the corners, otherwise he throws up desperation ones at the end of the shot clock.

Obviously this review is probably colored a little bit by the excellent effort he gave against Illinois on Saturday, but I think I’d give him an A- overall.

Northwestern’s defense isn’t quite as bad as Michigan’s but it’s close. Is the defense getting better or worse and what is the problem?

The defense looked like it was getting better. Early in the season it seemed like it was fixed. Then Big Ten play started and teams have torn it up. Teams with good shooters get open looks against the Wildcats’ slow-moving zones and it has led to Northwestern allowing a 52.8 effective field goal percentage this season. What’s funny about it is that one of the Wildcats’ biggest weakness in the past was offensive rebounding and this season it’s the defense’s biggest strength.

The defense appears to have plateaued at slightly below average in conference. Good teams are going to score between 1.10 and 1.20 points per possession against the Wildcats and Northwestern just has to outscore them. It almost worked against Ohio State, it worked against Illinois. This team isn’t going to learn to play tight man defense anytime soon, so it’s the 1-3-1, 2-3 match-up and a lot of hope moving forward. I’m actually really interested to see how it goes at Michigan, as the Wolverines barely topped a point per possession the first time these two teams played at Welsh-Ryan Arena.

JerShonn Cobb has quietly had a very successful freshman season. Explain the wing guard’s game and the role he’ll play versus Michigan.

Cobb is a natural scorer. There are moments where you see those flashes of just good he can be. He has a good pull-up mid-range game and he should be able to develop his offense at the basket as he gets stronger and more used to the college game. The other interesting thing about his offensive game is that he almost never turns the ball over. On defense Cobb might be Northwestern’s best on ball defender.

Of course, he’s still a freshman. After a hot start to conference play he’s cooled off a little lately. His 13-point effort against Illinois was his best day on offense in conference play since January 12 against Iowa. Last time against Michigan Cobb struggled going 1-7 from the field. His biggest role will probably be shadowing Hardaway and Morris on defense. Any offense will be an added bonus that’ll make the Wildcats’ offense look even better overall.

What are your three keys to the game for Northwestern?

Looking forward to a good game!