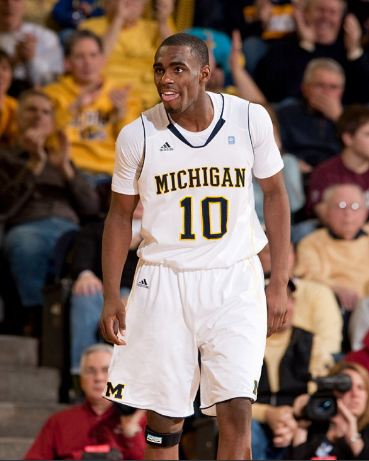 Tim Hardaway Jr. was named Big Ten Freshman of the Week this morning. Hardaway also shared the award on December 27th but this is the first time an Ohio State player (Sullinger, Thomas & Craft) has not won at least a share of the award. Release:

Michigan’s Tim Hardaway Jr. earns his second weekly award after helping the Wolverines to a 2-0 week by recording his first career double-double against Northwestern and then posting a career-best 26 points against Indiana. For the week, he averaged 21.5 points, 6.5 rebounds, 2.0 assists and 1.0 steals per game and shot 63.6 percent from the floor, including 50 percent from long range. Against Northwestern, Hardaway posted 17 points and grabbed a career-best 10rebounds. Closing out the week, Hardaway went 9-for-11 from the field to score a career-best 26 points against the Hoosiers. He finished the game 4-for-6 from long range, grabbing three boards and swiping two steals in 35 minutes of action.