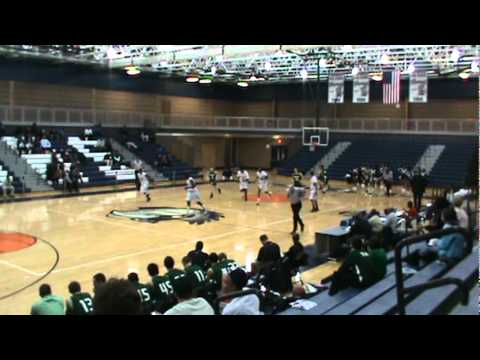 Brundidge notched a triple double with 22 points, 11 rebounds and 10 assists in an 84-57 win over Lake Orion. Southfield also rolled over Farmington Hills Harrison, 68-37, but Brundidge had a quiet night and scored just 7 points.

I scouted Larry Nance Jr on Friday night and he tallied 16 points against Medina Highland. You can read my full report but here’s the video:

Michigan head-man John Beilein was in the building to watch Bielfeldt play along with his son, Dartmouth assistant coach Patrick Beilein, and Illinois head coach Bruce Weber. Of course I wrote all of this before Bielfeldt picked up a scholarship offer from the University of Illinois last night. Bielfeldt has strong connections to Illinois so that is a huge development in the young man’s recruitment. We posted some user contributed scouting notes here but Bielfledt had 26 points and 11 rebounds in front of Beilein and Weber. Bielfeldt followed that performance up with 21 point and 11 rebounds in 57-46 win over Peoria West.This PJ Star article does its best to dispel myths about Beilfeldt’s game.

Robinson wasn’t able to follow up his monster 39-point performance from a week ago as he was held to just eight points versus No. 5 Valparaiso’s stifling 2-3 zone.

The 2012 guard has had a productive junior season and recently picked up an offer from the Kansas Jayhawks. Stauskas was on the verge of committing to Michigan this summer but took a step back to see what other options developed over the next year. A Kansas offer certainly qualifies as a significant development in his recruitment.

That momentum didn’t carry over to the second half, as Javontae Hawkins took over for the Chargers. Hawkins scored nine of his 16 points in the quarter, as Powers expanded its lead to 47-34 entering the fourth quarter.

“We knew they’d come out and make a run,” Northern coach Thomas Tucker said. “Hawkins is probably the best player in the area. He showed his athleticism. The coach must have got into him at halftime, because he came out a different player.”

Jordan Hare had 9 points, seven rebounds, and two blocks in a 12 point loss to Muskegon Heights. Hare had 17 points for Hill in a 29 points loss to Romulus.