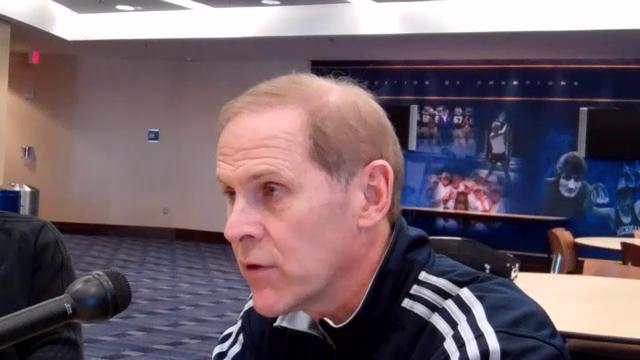 Here’s John Beilein on what his team needs to do to beat the Badgers tomorrow. The video is split up into two parts today. The second part begins with him talking about Evan Smotrycz. As usual, notes and quotes are after the jump. Make sure to check out the interviews with Jordan Morgan and Tim Hardaway Jr. below as well.