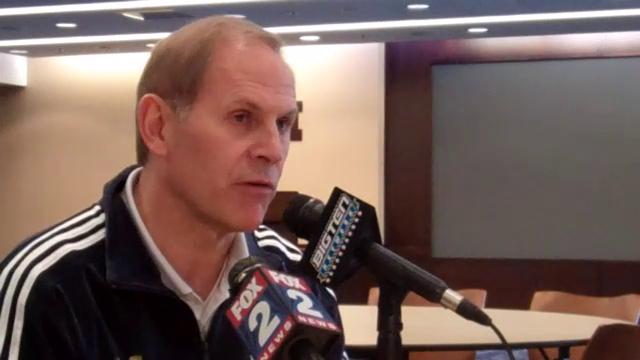 Video of John Beilein talking about why he was glad his team was down the day after the Wisconsin game, how he’s framing Michigan’s NCAA Tournament chances and what the Wolverines will have to do to leave Minnesota with a victory on Saturday. Notes and quotes are after the jump.