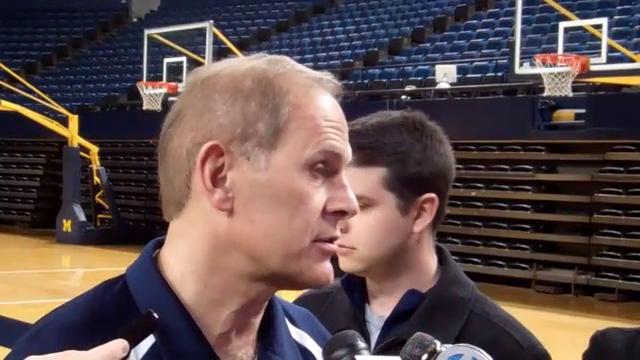 Video of John Beilein from media availability today. The coach discussed having some time to focus on improving his team vs. preparing them for a specific opponent, how he keeps his eye on bubble teams and what his team will have to do to sweep the Spartans. Notes and quotes are after the jump.