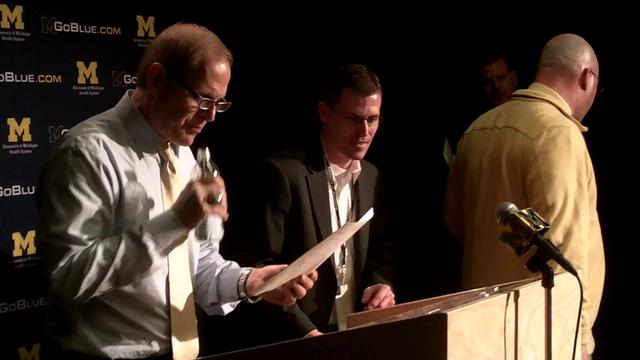 Here’s video of John Beilein’s post-game press conference after completing the sweep of Michigan State. His team beat the Spartans in Crisler Arena 70-63. Notes and quotes are after the jump.