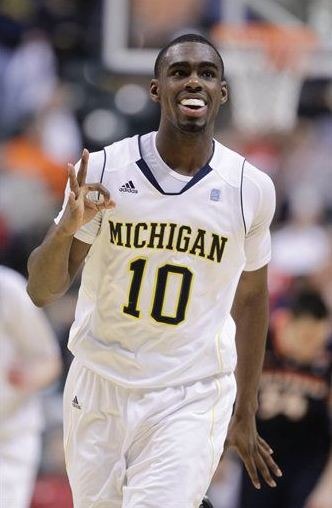 I won’t deny it. I started to lose faith. With 10 minutes to play, I was wondering whether a loss would send Michigan to Dayton or the NIT. The Illini were not just getting open looks on offense, they were also winning what seemed like every 50-50 ball. For the first three quarters of the game, Michigan was badly outplayed. It only took eight minutes for Michigan to steal the game. Trailing 51-39 with 8:35 to play, Michigan closed the game on a 21-4 run and walked off the court with a victory.

This blog is generally focused on statistics, but the Wolverines won this game because they had more heart. Michigan has now won nine of its last 12 games and four of those victories were second half comebacks away from Crisler Arena. Remember, this is the youngest major-conference team in the country. Now a team picked last in the conference by most preseason prognosticators, and even left for dead at the end of January, appears to have cemented an NCAA tournament berth and will spend tonight preparing for a conference semifinal game.

It sounded overly simplistic when I wrote the game preview, but it couldn’t be more true. If you shoot the ball better than Illinois, you are going to win. Illinois is one of the best shooting teams in the conference and also has the league’s best shooting percentage defense. They just aren’t great at much else. No matter how much bigger they are at every position, the Illini aren’t going to dominate the glass or get to the free throw line. They are also liable to turn the ball over at the most inopportune times. Pundits constantly harp on Illinois’ inability to win close games and, as you saw today, they just don’t do the little things or make the “winning plays”.

Today we saw a classic Illinois performance. For the first 30 minutes, Michigan couldn’t seem to make a shot – obviously bothered by the Illini task force of lengthy defenders – and Illinois hit open three after open three. Despite the discrepancy, Michigan was able to hang on, barely staying within striking distance. Michigan’s late game run included a number of big shots from Evan Smotrycz, Darius Morris, and Tim Hardaway Jr. but the run wasn’t fueled by offense, it was powered by defense. In the four minute stretch that saw Michigan turn an 11 point deficit into a tie game, the Illini turned the ball over three times and missed six consecutive jump shots. The four factors were almost a wash across the board, with the only difference being that Michigan made shots down the stretch and Illinois didn’t.

Nothing is ever guaranteed but Michigan looks to be safely in the NCAA Tournament. Michigan’s RPI climbed to 48 with the win and Joe Lunardi has the Wolverines solidly in the field. Next up is Michigan’s third match-up with the Ohio State Buckeyes. Northwestern took Ohio State the distance, even forcing overtime, but saw their upset bid fall short. Now Michigan will get a shot at revenge after losing both games earlier this season despite feeling that they had every chance in the world to steal a victory. Despite making the tournament, a win in this game would be monumental. It’s a rivalry game against the number one team in the country for the opportunity to play for a Big Ten title. It doesn’t get much bigger than that. Tip off is scheduled for Saturday at 1:40 p.m.