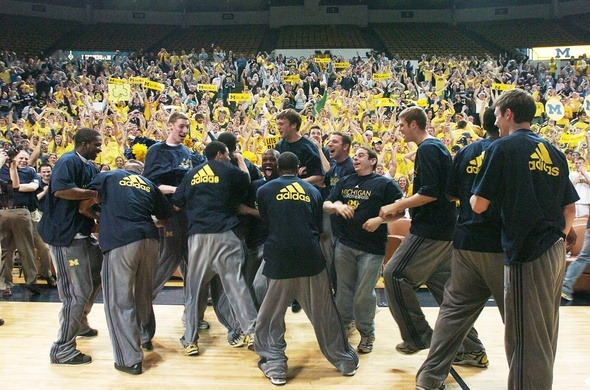 When I started posting bubble updates three weeks ago, there wasn’t a single bracketologist that listed Michigan in the field of 68. Now the Wolverines are listed as a tournament team by every bracketologist listed on the Bracket Matrix. Here’s a look at the updated versions of all of the bracketology reports that we’ve been linking as well as an early look at some of the teams that Michigan could face in the first round (after the jump).

Michigan will also host a viewing party at Crisler Arena. Doors open at 5 p.m. and the show begins at 6 p.m. Parking is free and John Beilein will address the crowd. CBS and the Big Ten Network are expected to cover the event and MGoBlue will stream it live as well.

The consensus seems to be that Michigan will fall somewhere along the 10 or 11 seed lines, maybe dropping to a 12 or even being bumped up to a 9. Here are your standard bracketology notes and links:

The 10-11-12 possibilities mean that Michigan will likely face a 5, 6 or 7 seed in the opening round. Here’s a list of teams that occupy those spots in most brackets (in a very loose seed order, linked to KenPom profiles):

There are obviously a lot of very good teams in this range. What team would you most want to see appear next to Michigan’s name this evening?