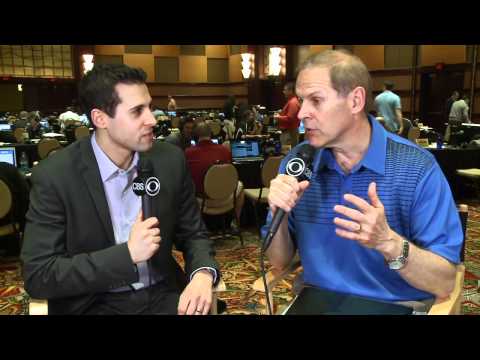 Fuel on the Fire

Draymond Green took part in Sam Hosey’s Spartan Fastbreak Show and provided this quotes (transcribed by Joe Rexrode) in regards to what was worse: a first round NCAA loss or being swept by Michigan:

“I have to go with the loss to Michigan because that’s gonna stick with me forever right here (pointing to heart). Like, it hurts so bad, I didn’t know the feeling because I’d never lost to them prior to this year. And then to lose twice, it still bothers me. Because it’s Michigan and I hate, just, it makes them feel like they’re better than us. After them not winning at the Breslin for like 13 years, however long it was. And now they feel like this is their state. And this is Michigan State’s state. We own this state, it’s our state. And it gives them the hope and a crazy reason to think this is their state. And I completely disagree with that 100 percent.”

Rivalry talk is cheap in the off season but it’s pretty clear that Michigan’s sweep hit a nerve in East Lansing. My biggest concern is that Michigan and Michigan State somehow won’t play twice next season with the new Big Ten schedules. Assuming they do, there’s no harm in drumming up a little more excitement for next year’s games.

Most states wrapped up their state playoffs last weekend but that doesn’t mean AAU ball hasn’t already begun. The main tournament last weekend was the Swish and Dish in Milwaukee, WI. It was Michigan commitment Glenn Robinson III’s first tournament of the season and the slashing forward got off to a solid start. Here’s a snippet of Brian Snow’s report on Scout.com ($):

The future Michigan Wolverine is definitely an improved player over last summer. He is making open shots, and just looking more involved and comfortable as a player. Robinson has to get stronger with the ball, especially in traffic, but that could develop with added strength and confidence… He is just so much more confident and it shows when he tries to dunk everything instead of settling for jump shots. Robinson hit several pull up jumpers which was good to see, and he also can hit from deep.

Roger Bohn was also impressed by Robinson’s slashing ability. 2012 big man Mitch McGary, a Chesterton native that prepped at Brewster Academy, also played extremely well alongside Robinson. McGary lists Michigan among numerous other major schools but could be one to at least keep an inquisitive eye on. Another prospect to watch that played well in Milwaukee this weekend, 2013 big man Nolan Berry. Berry is an extremely skilled big man from St. Louis that has reported Michigan interest in the past.

We first discussed German wing guard Patrick Heckmann in December but it appears that the German might still be an option for Michigan. Our best eyes and ears across the pond, Christophe Ney from the wonderful EuropeanProspects.com, provided this report over the weekend:

Two of the biggest names that are still on the market for the Class of 2011 are the French forward William Howard and the German guard Patrick Heckmann. As Heckmann has finished his season with TV Langen a few days ago, he will most likely be on some visits in the next days and weeks. The 1992 born player averaged this season 12.0ppg (53.5% 2FGs – 32.0% 3FGs – 81.1% FTs), 3.4rpg, 3.3apg, 1.3spg, 2.5topg in the third German League. He gets interest from lots of High Majors at the moment and it looks like Michigan and Boston College are the main names according to recent rumors.

Obviously Michigan has 13 players on scholarship next season, which makes adding Heckmann a tricky situation. That means the Michigan interest could be older information or the U-M staff could just be keeping their options open as a contingency plan.

Michigan jerseys are everywhere, in hip hop. First it was Chris Brown wearing a #23 Michigan jersey on 106 & Park (video) and then it was Lupe Fiasco wearing Tim Hardaway Jr. jersey while performing at Hill Auditorium over the weekend. Don’t think Michigan players haven’t taken notice.  Bacari Alexander settled to teach the youngsters a thing or two about music as the team moved out of the locker rooms last week. Hey, there’s nothing wrong with a little off-season fluff.

Not much all too exciting here, but John Beilein stopped to chat with a CBS Sports guy about Michigan’s season and the Final Four: