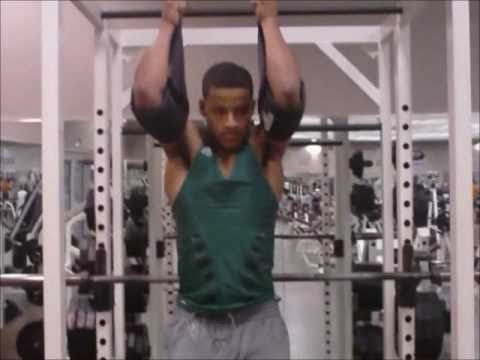 Max Bielfeldt signed his letter of intent on Wednesday afternoon and made his commitment official. Here’s a snippet from the release:

“We love the talent, character, toughness and work habits that Max brings to our basketball program,” said Beilein. “His size and strength at approximately 6-8, 240 should help us a great deal around the basket. Max’s high basketball IQ, shooting ability and outstanding perimeter skill level allows him to have some versatility in his game. We plan on utilizing his talent in a variety of ways.”

For more on Bielfeldt, check out his commitment post. Here’s a link to Michigan’s scholarship breakdown for reference as well.

As for Michigan’s other commitments, it’s safe to say Trey Burke is putting in hard work: Here’s a video produced by his trainer during one of Trey’s 5 a.m. workouts:


Brundidge is also listed on the roster for the Under Armour All-Michigan All-Star Game which is scheduled for this Friday (8:00 pm) at Ferndale high school. Brundidge, Brandan Kearney, Percy Gibson, Dwaun Anderson, LaDontae Henton and Tommie McCune are a few of the other Michigan prospects listed on the roster.

Trey Burke is scheduled to play in a local all-star game as well, he’ll play in the Cap City All-Star game this Saturday at 5 p.m. at Reynoldsburg high school. Tickets are $10 and there will also be a girls game, three point contenst and dunk contest leading up to the event.

Manny Harris and DeShawn Sims have finished up their first year of professional basketball and both had solid rookie seasons. Harris played in 53 games for the Cavs, starting 15, and averaged 6 points, 2.6 rebounds and 1.5 assists in 17.3 minutes per contest.

DeShawn Sims was named to the All-NBDL third team and averaged 20 points and eight rebounds per game during his rookie season, finishing the season with a 33 point and 10 rebounds versus Erie.