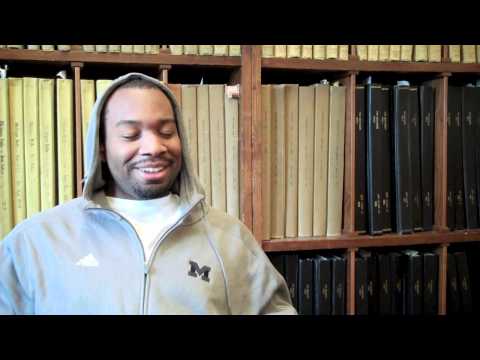 Darius Morris and the NBA Draft

Morris will have to make his stay-or-go decision by midnight on Sunday. As things stand he has not hired an agent and will continue on with the process. Chad Ford confirmed that Darius Morris will participate in the mega-workout hosted in New Jersey on Saturday and Sunday, likely his only opportunity to impress scouts before having to make a final decision on his draft status.

Ford notes that a surprising number of underclassmen on the bubble actually declined to participate in the workout, which will feature 5-on-5 action, but mentions Morris as one of the stronger players in the workout with the ability to play his way into the first round. The notable point guards in the workout include Reggie Jackson, Tu Holloway and Cory Joseph while players like Shelvin Mack, Norris Cole and Demetri Mccamey declined invites.

NBADraft.net has bumped Morris into the first round in their latest projections, going to the San Antonio Spurs. Most other mock drafts and rankings still have Morris listed right near the top of the second round.

Those close to Morris insist that going through the process as if you are dead set on entering the draft is important. No NBA team wants to waste their time if they think you plan to return to school. That being said, I would be pleasantly surprised if Morris made the decision to turnaround and head back to Ann Arbor at this point.

Bacari Alexander, @bacari34, disappeared from the Twitterverse on April 1st and many were quick to point out that it was a convenient April Fools Joke. Bacari delayed his return long enough to convince some that he had really left twitter. But now, a month later, he’s back and better than ever. Bacari rattled off well over 50 tweets beginning with this one at 5 a.m.

The most notable or interesting tweet was one giving kudos to strength coach Jon Sanderson and pointing out that Jon Horford is reportedly up to 246 (!) pounds, up from his listed 220lbs last season.

Bacari also tweeted a link to this video, put together by student manager Daniel Pinedo (also behind many JohnBeilein.com videos), featuring Eso Akunne.

Could Akunne factor into back court minutes next season if Morris enters the draft early? It’s probably unlikely with Stu Douglass, Zack Novak, Carlton Brundidge and Trey Burke all in the backcourt rotation but it’s nice to have a guy at the end of the bench with a bit of game experience.